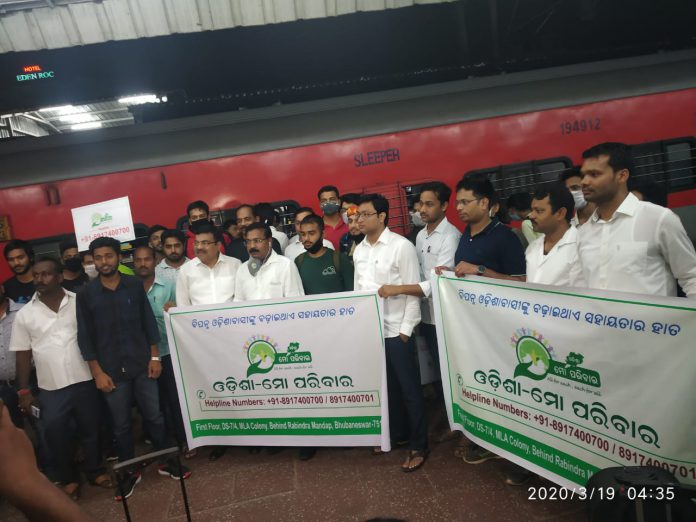 Bhubaneswar: A total of 69 Odia students, including 35 girl, of the Central University of Punjab at Bathinda arrived at the Bhubaneswar railway station on Thursday.

With the Punjab government ordering for closure of the university in the wake of the novel coronavirus outbreak, 140 Odia students were stranded in their hostels. They had then requested Bhadrak MLA Sanjib Kumra Mallick to make arrangements for their safe return to Odisha, sources said.

Following a request from Mallick, Odisha-Mo Parivar convenor Arup Patnaik had apprised the Chief Minister’s Office (CMO) of the plight of these students. Acting on the directive of the CMO, Special Residence Commissioner Ravi Kant took up the matter with the Railway Board.

Later, 69 students were brought by road in two special buses to Delhi where they boarded the Purushottam Express on Tuesday after the coach was sanitized in presence of the Special Resident Commissioner.

The students, who arrived at Bhubaneswar railway station at 4.20 am on Thursday, were welcomed by the members of the Odisha-Mo Parivar team. The students were later taken to the Pantha Nivas for refreshment. Before the students left for their respective homes after they were advised to take necessary precaution against coronavirus.

The remaining Odia students will arrive here from Punjab soon, the sources added.

Daily Wager Saved From Brink Of Death For Timely…