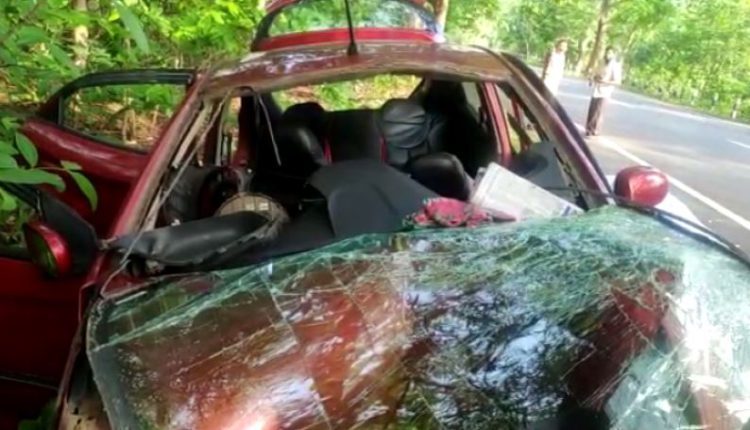 Boudh: A couple died and three others were injured when the car in which they were travelling rammed a roadside tree at Chari Chhak here.

One among the deceased has been identified as Surendra Nayak, a resident of Mandar village under Belaguntha police limits in Ganjam district.

According to sources, the accident took place when Nayak, his wife and relatives were travelling to Rourkela from Berhampur to attend to his ailing father. The couple died on the spot while their relatives sustained critical injuries.

On being informed, the Harbhanga fire personnel reached the spot and rescued the injured. They have been admitted to Purunakatak hospital for treatment.

Police have recovered the bodies and sent them for postmortem. Further investigation is on.