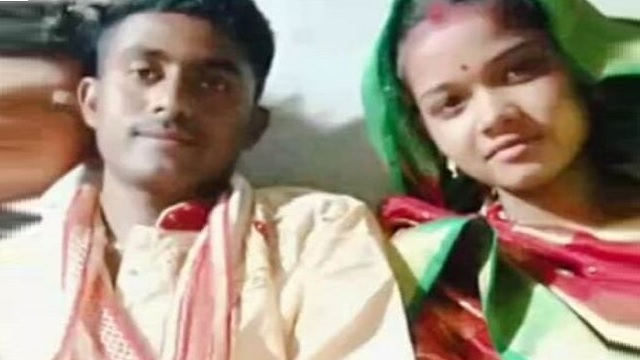 Balasore: Just three months after their marriage, a couple allegedly set themselves on fire over a domestic dispute at Guagadia village under Jaleswar block of Odisha’s Balasore district on Monday evening.

The couple was identified as Ratikant Majhi (25) and Liza. While Liza succumbed to her burns, Majhi is in a critical condition and is undergoing treatment. The couple had gone to Majhi’s parents’ house recently and returned on Monday. A heated altercation had taken place between them after they came back, according to reports.

They were rushed to the district headquarters hospital, which referred them to the SCB Medical College and Hospital in Cuttack. However, while being shifted to the hospital, Liza succumbed to her burns on the way.

Police are probing the incident.