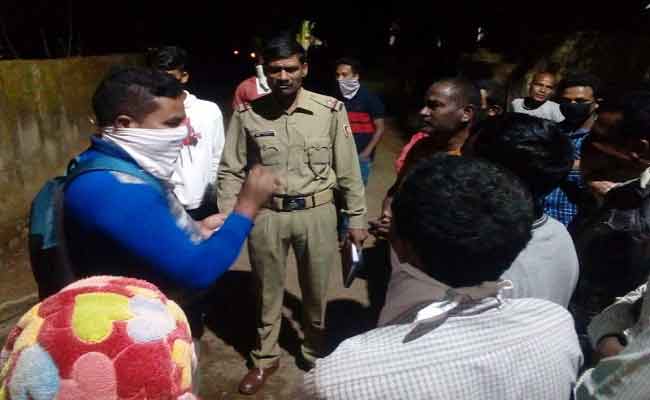 Keonjhar: Tension prevailed at Gambharia in Keonjhar district after villagers came to know that a man, who had recently arrived from Dubai, was staying at the village.

According to reports, the man had been staying at his father-in-law’s house after returning from Dubai four days ago.

Panicked villagers went to the house and demanded that the man undergo medical test for coronavirus. The family members later kept the man in home isolation.

Following information, a team of doctors along with police arrived at the village on Saturday. The man was later taken to the district headquarters hospital for a test.

India Fights Corona: President Kovind To Get Tested For Infection

Get Coronavirus Updates From WHO On WhatsApp; Here’s How