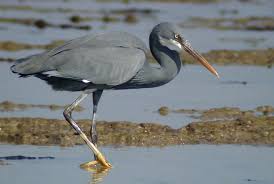 Khordha:  There is a good news for wildlife lovers as a rare bird species has been spotted near Odisha’s Chilika Lake.

As per reports, a guide named Madhu Behera spotted a western reef egret on Tuesday at Mangalajodi area situated at the northern edge of Chilika Lake.

Behera had seen the same bird in the same area last year too, but he had no idea that the bird was a rare species.

This time, he clicked a few photographs and showed them to some bird field guides, who confirmed that the bird was a western reef-heron.

The western reef-herons are found at inland water bodies in southern Europe, Africa and parts of Asia and India. This is the first time that it was spotted in Odisha.

The bird is found in two plumage colour forms — all white morph and dark grey morph. The white morph generally looks like the little egret.

Corona Notes: Pandemic Has Reinforced Humanity Is The Only Religion