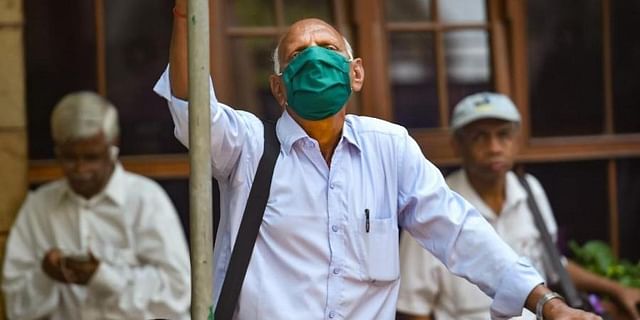 A national level survey has found that nearly 85 per cent of elderly people’s attitude towards life has changed following COVID-19, with 81 per cent being uncertain and pessimistic about their future.

While fresh COVID cases seem to be declining nationally, the scale of the pandemic and its social ramifications, particularly on the elderly, is coming to light only now.

According to the survey, 41.2 per cent of elderly people claimed that they faced ill-treatment/torture/exploitation, while 53 per cent said they faced disrespect/neglect during COVID-19 pandemic.

Volunteers of Agewell Foundation — which conducted the study titled ‘COVID-19 Impact on the Elderly in India – approached nearly 10,000 elderly persons above the age of 60, across the country, during August-September 2021.

The study showed that generation gap had worsened due to ‘overstretched’ spells of COVID-19, with inter-generational relations becoming more strained and complicated due to social distancing on account of lockdowns/restrictions.

Nearly 75.8 per cent elderly people reported ‘rapid increase’ in generation gap. While over 53 per cent of them believed that the pandemic had a negative impact on their human rights, 81 per cent felt that it was due to ‘ever-widening generation gap.’

According to Agewell Foundation’s Founder chairman Himanshu Rath, “COVID-19 pandemic has brought about many challenges to older people — from social isolation, financial penury, psychological issues to abuse and neglect.”

He added, “The most affected lot because of COVID-19 phenomenon and resultantly ever-widening generation gap is the helpless and marginalized older people, who believe in self-denial and silently suffer all indignity/humiliation/isolation. Since there is no respite yet, older persons need constant assurance of support, help and all kinds of assistance in case of need at all levels.”

Agewell Foundation, set up in 1999 under the chairmanship of former Chief Justice Ranganath Mishra, now has 80,000 volunteers all over the country. It has a presence in every district of India and there is a Special Consultative status with ECOSOC at United Nations since 2011.

“Due to COVID, elderly parents and old children were compulsorily confined to their homes, which led to a lot of pent-up frustration and resentment leading to inter-personal conflicts and psychological trauma.”

The study suggests that conflict between generations has increased manifold because of the coronavirus pandemic.

More than 85 per cent of those surveyed admitted that they are facing or had to face COVID-related issues. Over 77 per cent admitted that restrictions on social interactional activities were the main reason for the widening generation gap.

However, nearly 44 per cent of elderly people felt it was psychological issues due to COVID which resulted in increasing generation gap.

Among psychological issue, 41 per cent put loneliness and isolation as the most prominent areas of concern. Restlessness was another issue, with 21.5% of respondents being affected by it.

Another factor which affected the elderly was sharp increase in joblessness, with 20.5% feeling that it increased their dependence on others. About 16.5% said joblessness led to their being unable to get proper medicines and treatment while 18% respondents stated their grandchildren’s education suffered.

About 21% of the elderly surveyed felt their quality of life had been affected due to inflation and 19% felt that they had to bear with unhealthy and unhygienic conditions due to rising prices.

Under the current situation, 92.5 per cent elderly expressed that their major concern is to take care of their health condition and that of their spouse, 62.5 per cent said their biggest worry is maintaining financial resources, while 59.5 per cent were apprehensive about social life.

Due to widening generation gap, human rights of 53.4% (43.1% in rural and 63.7% in urban areas) elderly persons were violated. Around 46% of the elderly faced gender discrimination, 43% lost their independence and 11.7% faced crime.