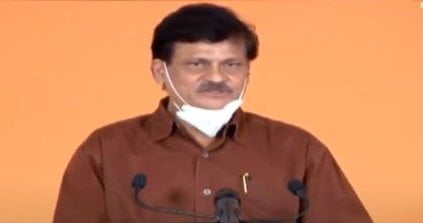 Bhubaneswar: The COVID-19 recovery rate in rural areas of the district is on the rise, said collector Sanat Kumar Mohanty in a press briefing on Saturday.

He said out of total 40,975 tests conducted in the rural areas, 35,449 tested negative and 3436 positive which is 34% (excluding Bhubaneswar Municipal Corporation) of the district. Of 3436 positive cases, 2019 (59%) have recovered which shows that the recovery rate in rural areas is on the rise.

Mohanty said while 237 COVID warriors were infected with the coronavirus, 99 have recovered and 137 are undergoing treatment at the COVID hospitals and COVID Care Centres (CCCs). One has succumbed to the disease.

Besides, 24 people in the rural areas have died of the disease so far, he added.

Stating that most of the cases were reported from the four blocks of Banpur, Balugaon, Tangi and Bolagarh, Mohanty said as these areas are trading centres, a lot of people from outside the districts come to these blocks.

“In order to contain the spread of the virus, mobile health teams were deployed in the four blocks to test the drivers of goods vehicle. As a result, the rate of positive cases has come down since the last week,” he said.

The collector further said that the administration has started aggressive testing in rural areas for the last one week and the number of tests has increased by three times to 1500 per day. The purpose of the aggressive testing is to identify more and more patients and keep them in isolation to bring down the positivity rate, he added.

A Collection To Die For: Bhubaneswar’s Kshitish Has 3000 Unique Ganesh Idols