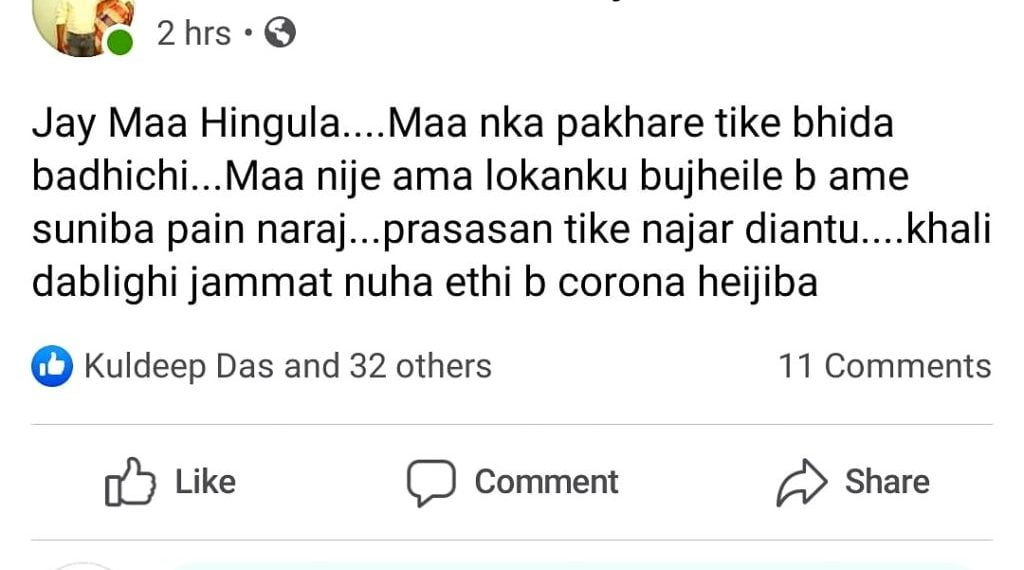 Talcher: A man was arrested here on Wednesday for allegedly spreading rumours about spread of coronavirus in Angul district by using an old picture on social media.

Police identified him as Abhinash Samantaray (30), a resident of Hakimpara under Colliery police limits. He had posted an old picture of the annual pilgrimage of ‘Maa Hingula’ where devotees had congregated in large numbers and urged the administration to ensure that it does not turn into another Tablighi Jamaat event.

As the post went viral, Muralidhar Sahu, a member of the Maa Hingula Trust Board, lodged a complaint with the Colliery Police, which found it to be a fake news.

“His smartphone has been confiscated and a case registered under Section 103/20,” Colliery police station IIC Sabyasachi Rout said.

Under the ‘Odisha COVID-19 guidelines’, the act of spreading rumours about the infection is a punishable offence.