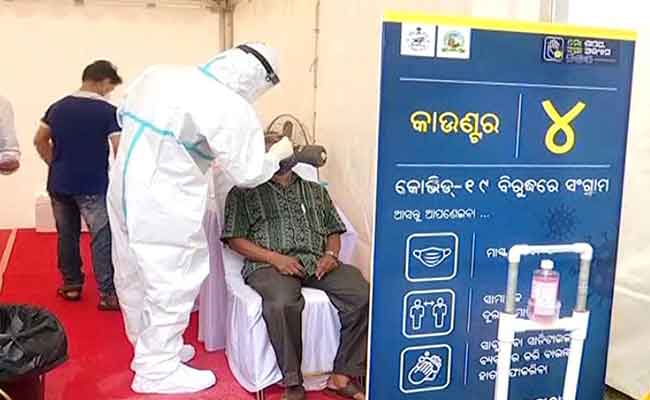 Bhubaneswar: Odisha saw the biggest spike of this year on Wednesday with 791 people testing positive for the virus in the last 24 hours.

A total of 31531 samples were tested for COVID-19 the previous day.

Odisha has been conducted around 40 per cent RT-PCR tests despite the last month’s directive from Prime Minister Narendra Modi to all state to increase such tests to 70 per cent.

With questions being raised about the state government’s strategy to tackle the second wave, health officials claimed that all symptomatic cases are being subjected to RT-PCR test and the number increased from 5000 to around 10,000 a day.

Additional Chief Secretary of Health PK Mohapatra told The New Indian Express that 40 per cent RT-PCR share was enough as all tests were being conducted by the government, unlike other states which had a comfortable share of both the private and government labs.

Besides Khurda, Sundargarh, Nuapada, Kalahandi and Bargarh, which share borders with Chhattisgarh, have witnessed a surge in cases. The rising cases in the neighbouring state from 3108 on March 30 to 7302 on April 5 has become a concern for Odisha.

Meanwhile, the Health Department has suggested that Section 144 be clamped in high-risk districts, restricting gatherings of not more than 5 persons, night curfew enforced strictly in bordering districts and no visitors allowed in government offices to contain the spread of the virus.