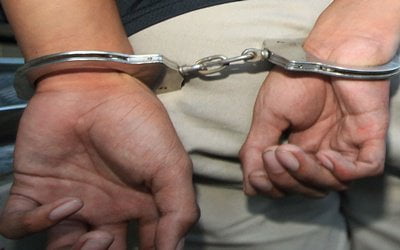 Bhubaneswar: The tehsildar, who was arrested by Vigilance officials on corruption charge on Tuesday, faces another allegation of misbehaving with a woman police personnel in Bhubaneswar.

Following information about collection of huge cash by the tehsildar of Barang in Cuttack district, Bichitrananda Nayak, as illegal gratification from different sources, the Vigilance officers of Cuttack Division kept a close watch on his movement.

They intercepted Nayak in front of Mani Tribhuban Apartments, Raghunathpur, Bhubaneswar, while he was on his way to his house by hired official vehicle. During interception, Nayak tussled with the Vigilance team and threw away the cash which he was carrying on the road. Cash amounting to Rs 1,07,000 was recovered by the Vigilance officials from the road, which Nayak could not satisfactorily account for.

The Vigilance has registered a case under Prevention of Corruption (Amendment) Act, 2018 against Nayak.

Meanwhile, following the woman police official’s complaint of misbehaviour by Nayak, the Infocity Police has registered a case against him.