BhubaneswarCoronavirus
By OB Bureau On Jun 23, 2021 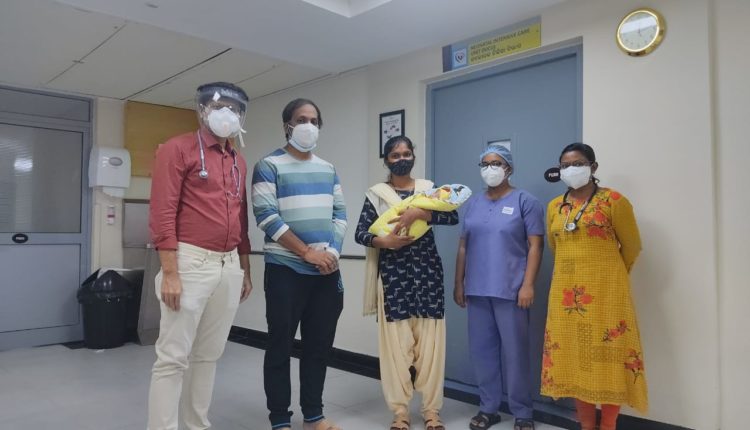 According to hospital sources, the week-old baby boy was born to a COVID-infected mother in a private hospital in the city in the 33rd week of pregnancy. They were rushed to the SUM Ultimate in critical condition.

The mother had to be put on ventilator support when her condition deteriorated. The baby thereafter became restless and had difficulty in breathing on the second day. He was then shifted to NICU. Associate Consultant in the department of Pediatrics and Neonatology Dr Bichitrananda Raut and his team diagnosed it to be a case of neo-natal MISC. “Most of the neonates usually remain asymptomatic or manifest mild symptoms after COVID infection. But severe disease manifestation or neo-natal MISC is rare,” he.

The baby’s condition improved with proper treatment and he was discharged within two days, he said, adding that he was brought to full feeding on the second day of treatment. Meanwhile, the mother’s condition also showed improvement and she was taken off the ventilator.

Vaccine For Children: Covaxin May Be Approved By Sept, Says AIIMS Chief