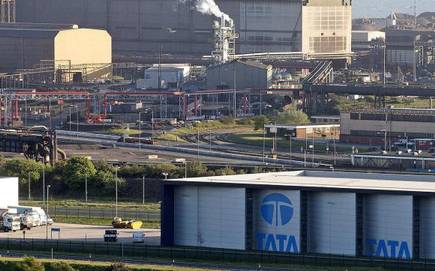 London: The coronavirus pandemic has disrupted economies worldwide. It has become difficult for several companies to sustain their business.

To cope with the crisis, Tata Steel in the UK is seeking a bailout package of £500 million from the government.

With 8,385 employees in the UK, including about 4,000 in Port Talbot and 2,800 elsewhere in Wales, the company has asked both the UK and Welsh Governments for financial support after its customers have stopped production, as per a Sky News report.

Raising the matter in the House of Commons, the MP from Aberavon (a settlement in Port Talbot, Wales), Stephen Kinnock said that the UK Government’s Coronavirus Large Business Interruption Loan Scheme (CLBILS) only provides for £50 million support which needs to be raised as steel industry is an important part in economic growth.

“Tata Steel estimates that it will take around six months to get back to business as usual, or as close as possible to it and the challenge they have is cash flow over that six-month period. And the estimate is in the region of £500m,” Kinnock was quoted as saying by BBC.

The government, in its response, mentioned that they are providing support to all the crucial sectors of the economy in a targeted way.

Ranveer-Starrer ’83’ Not To Be Released On Digital Platform