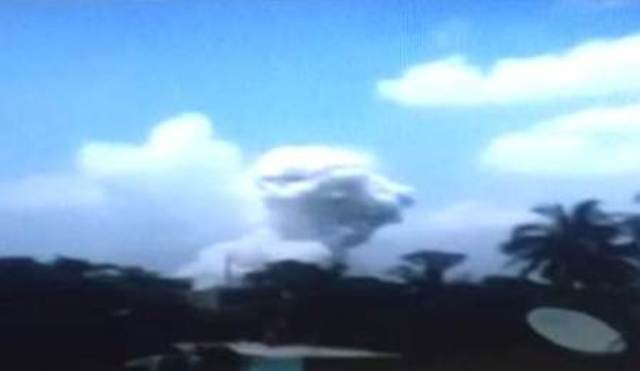 Konark: A massive fire broke out at a firecracker godown at Brahmagundi in Chari Chhak area near Konark in Odisha’s Puri district on Thursday afternoon.

According to sources, some people were engaged in preparing firecrackers in a field near Jayaguru Bana Godown when one cracker suddenly went off and hit the godown.

The intensity of the explosion can be gauged from the fact that people staying 3-4 km away from Brahmagundi could hear it.

On being informed, five fire brigades rushed to the godown. It took them two hours to douse the flames.

However, there has been no information about any casualty in the explosion, the sources added.