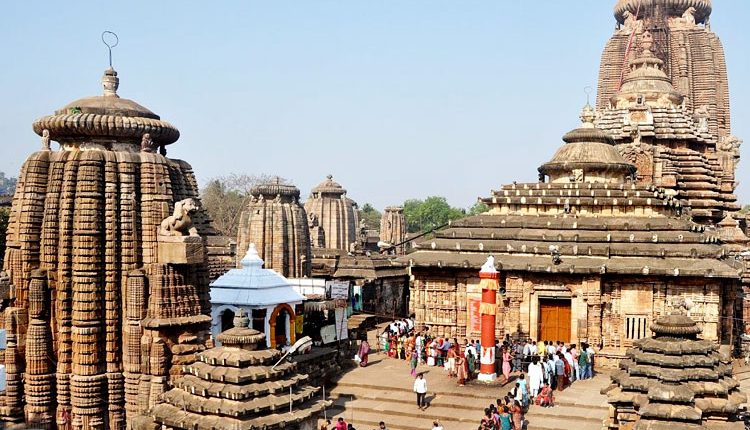 Bhubaneswar: The Odisha government has drawn the attention of the Director General, Archaeological Survey of India (ASI) towards the negligence of the ASI authorities of the Odisha Circle in the conservation and preservation of Lingaraj Temple in Bhubaneswar.

In a letter, state Endowment Commissioner Chittaranjan Mohapatra, said that the pinnacle (Dadhinauti) of the 11th-century temple has developed cracks and needs urgent repair. Besides, the broken and damaged divine and semi-divine images surrounding the decorating the walls need to be either restored, replaced or repaired by expert designers from ASI. Also, the damaged floor stones inside the garbha griha (sanctum sanctorum) need urgent replace or repair.

He further said that the joints of the main temple require urgent repair. The temple of Goddess Parvati and Jagmohan, the temple kitchen and its passage, Bhaga Mandap, Biswakarma Temple, Bhubananeswari Temple, Ugreshwar Mahadev Temple and Ganesh Temple also need to be repaired. “Due to lack of adequate and proper maintenance, most of the temples inside the complex have developed cracked walls,” he pointed out.

The Endowment Commissioner said that the ASI, Odisha Circle had earlier deputed 10-12 people for the general maintenance of the temple but now, only two-three are doing the job.

Referring to the massive encroachment around the temple periphery, Mohapatra urged the ASI DG to take immediate steps to remove these encroachments with the cooperation of the state Endowment Department, district administration and the police.

Monuments & Museums Under ASI Closed For Visitors To…