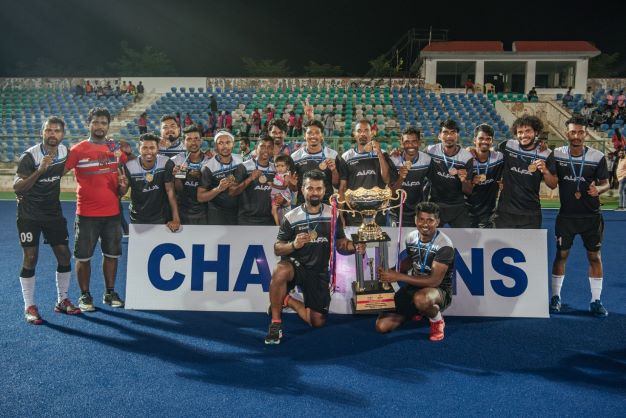 Bhubaneswar: East Coast Railway (ECoR) were crowned champions in the maiden Hockey Association of Odisha-organized Senior Men’s Hockey Championship after edging out Khurda 1-0 in a closely-contested final on Saturday.

Sakti Kujur scored a field goal in the fourth minute of the title clash. That proved to be the only goal of the match.

The Player of the Tournament honour went to Roshan Kujur.

Over 500 players from districts, academies and institutions participated in the tournament.

Congratulating ECoR for becoming the first champions of the senior men’s state meet, HAO president and Hockey Promotion Council chairman Dilip Tirkey hoped their victory will inspire many more youngsters to take up the game.

“We will continue to host such tournaments that can enable players to showcase their talent and help develop the game,” Tirkey said, thanking Odisha’s Department of Sports and Youth Services and KIIT University Founder Achyutha Samanta.

The best performers will be selected for a state hockey camp to prepare for Hockey India National championship in 2023.

What Is The National Logistics Policy Launched By PM Modi?