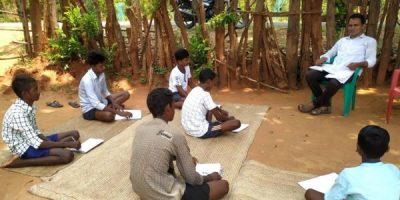 As many as 94 per cent of students, who took part in a survey conducted in four south Indian states, said they did not have access to smartphones or internet to pursue online education.

The study, conducted by Child Rights and You (CRY) in May-June, covered 5,987 children in Karnataka, Tamil Nadu, Andhra Pradesh and Telangana.

The aim of CRY’s survey was to find out internet accessibility of children in the age-group of 11 to 18 years.

Online education has become the norm amidst the coronavirus pandemic-induced prolonged lockdown, with all schools and educational institutions being closed since the end of March.

The CRY survey found that 9 per cent of respondents from Karnataka owned smartphones, in Tamil Nadu only 3 per cent out of 1,740 children had access to phones.

In another significant revelation, the survey found that the annual income of 95 per cent of the families is less than Rs 1 lakh. “Without substantial resources and with bare minimum affordability, having a smartphone is a luxury that more than two-thirds of these families can only hope for,” the study said.

Regional director, CRY South Karthik Narayanan said that it was clear that children from marginalised sections of society are becoming more vulnerable, especially in these times of pandemic.

“Education is the key to ensure a protective environment for children. Going to school not only sharpens a child’s mind but buys crucial time in their lives from being drawn into child marriage or child labour. With conventional education becoming difficult and online education being accessible to only a few, the children from the marginalised sections are becoming more vulnerable than ever before,” he said.

My Time Is Limited, I’ll Utilise It To Expose Movie Mafia: Kangana Ranaut