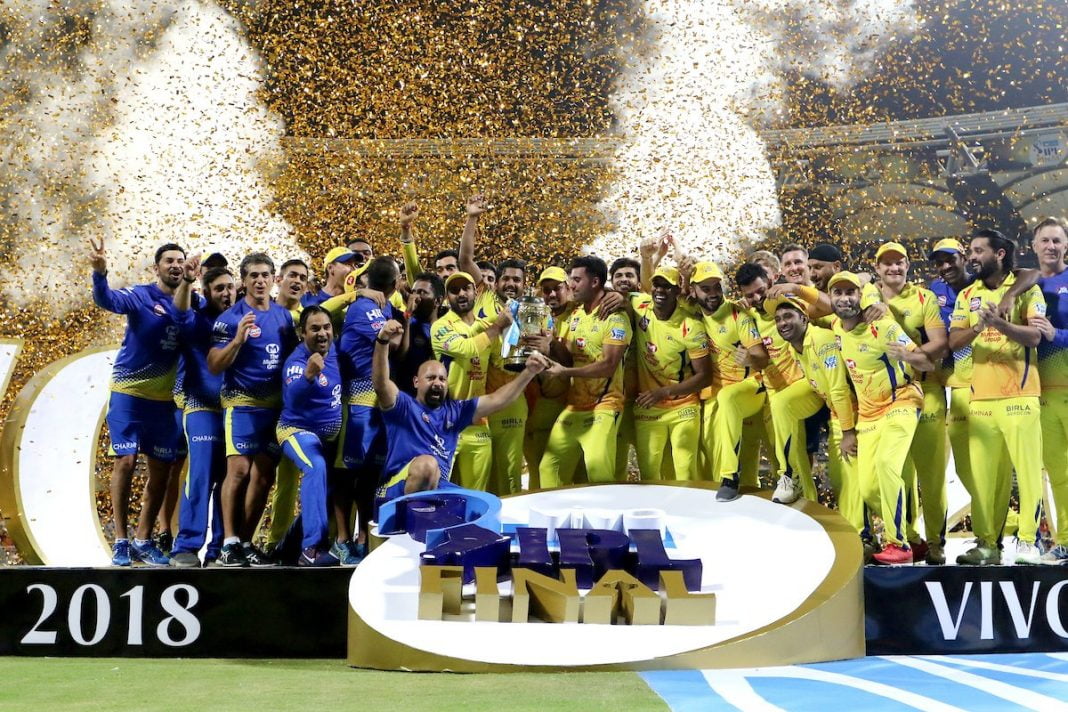 Mumbai: Making a comeback after two-year suspension, Chennai Super Kings (CSK) had a dream run at the IPL 2010, which ended with the team winning the trophy on Sunday.

The CSK defeated Sunrisers Hyderabad (SRH) by eight wickets to register their third title win out of seven appearances in the final.

Shane Watson smashed 117 off just 57 balls while chasing the target of 179 set by SRH.

Earlier, Sunrisers Hyderabad put up a total of 178 for six. Skipper Kane Williamson scored 47 off 36 balls and was supported by Yusuf Pathan, who scored 45 runs off 25 balls.

For SRH, Bhuvneswar Kumar had the best economy of 4.25.

While Rishabh Pant was adjudged emerging player of the season, Trent Boult was awarded for Perfect Catch of the season. Andrew Tye got the Purple cap for clinching 24 wickets. Orange Cap was conferred on Kane Williamson (735 runs).