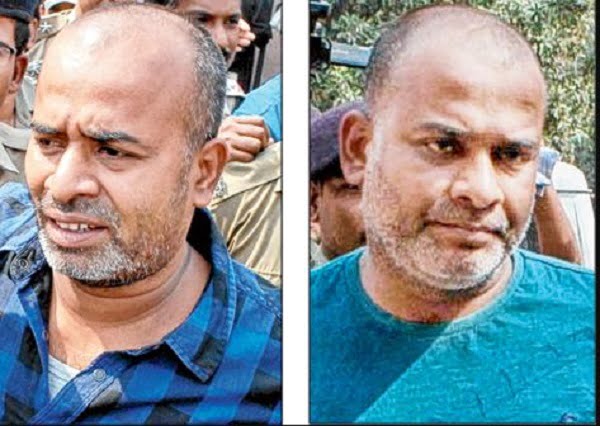 Cuttack: The court of the Judicial Magistrate First Class (JMFC), here on Thursday allowed the police to take gangster Dhalasamant brothers on remand.

“The JMFC court allowed the Commissionerate Police to take the gangster siblings on a three-day remand for interrogation on the recovery of a huge cache of arms and ammunitions from a secret chamber in their house in the CDA area of Cuttack city on December 10. A special team led by the additional DCP will interrogate them to get the details of their involvement in the illegal arms trade,” said ACP, Zone-1, Cuttack Amarendra Panda.

Earlier in the day, the Commissionerate Police produced Sushant Dhalasamant and his younger brother Sushil in the JMFC court.

On December 10, police had seized 16 sophisticated country-made pistols, 24 magazines and 1095 ammunition of different types, 16 mobile phones and four bikes from the house of the Dhalasamant brothers in the CDA area.

The raid was conducted on the basis of the information provided by an arms peddler Prakash Behera, who was arrested by a special team of Choudwar Police.

The Bhubaneswar Commissionerate Police had arrested the Dhalasamant brothers (D-brothers) from a house in Pokhariput area of the city in January 2016.

What Delayed Ranbir & Alia’s Marriage? Hear It From The Would-Be Groom