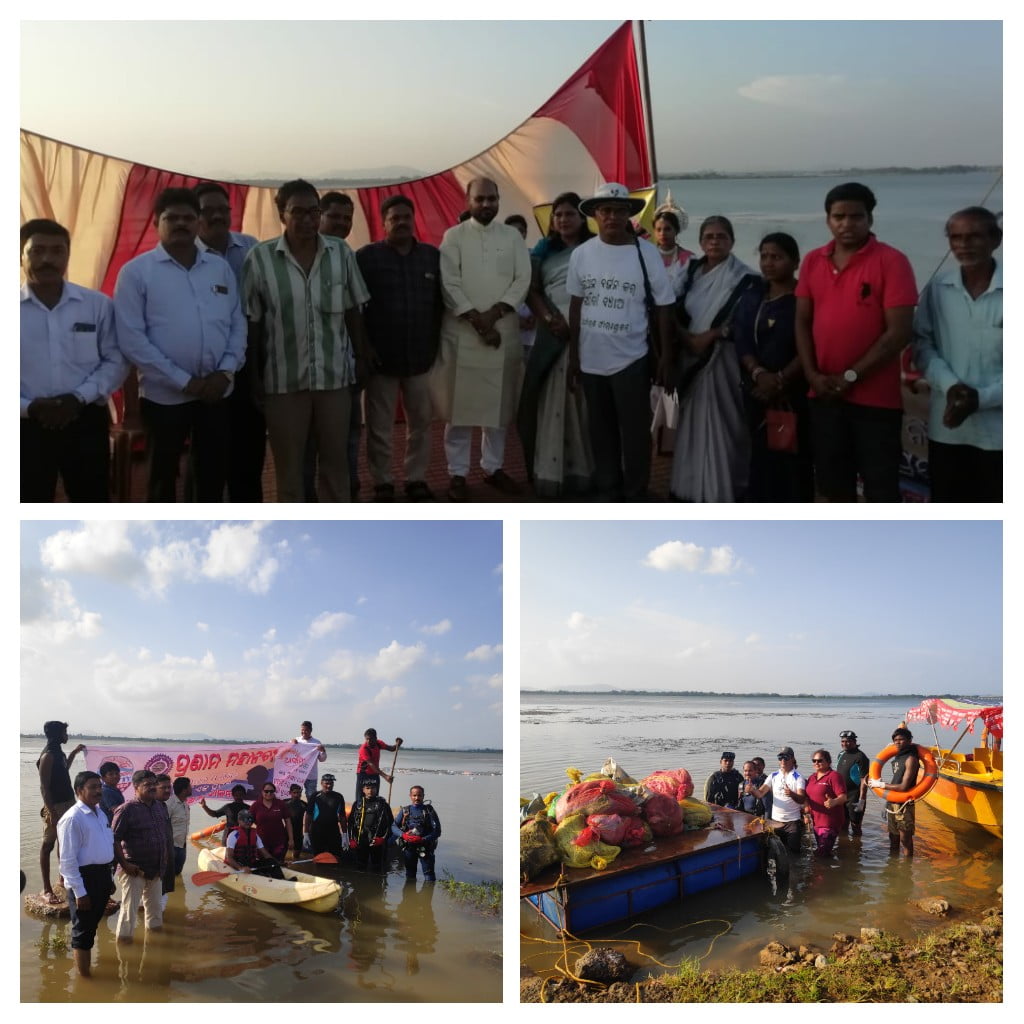 Cuttack: Denizens of then Millennium City on Sunday along with members of Mahanadi Bachao Andolan lend a hand to clean a portion of the state’s biggest river.

Scuba diver Sabir Bux led a team of divers and fished out around 50 bags of garbage. The cleaning work took place in front of State Maritime Museum at Jobra.

Cuttack Barabati’s MLA Md Moquim praised the work and pledged his support to the movement. “We have to become cautious else the situation can become as dangerous as Chennai where water is being brought in via trains. It will very sad if we face water crisis despite having two rivers here,” he said.

The MLA also announced that he will work towards creating awareness against use of plastic by putting up signboards. “We will design programmes involving school children. People will listen to them better,” he added.

The number of projects by Chhattisgarh is increasing, informed Sudarsan Das, activist and founder of Mahanadi Bachao Andolan. Expressing urgency, he said, “Chhattisgarh has already built 2375 projects, another 1802 are in the pipeline. If these projects are completed, water entering Odisha will drastically reduce. The government needs to act immediately.”

He also explained that Mahanadi is the most-polluted river in the state and it is at risk of becoming a dead if garbage and untreated sewage continue to flow into it.

Lending a hand in the cleaning work was Behrampur-based Aryabhatt Foundation led by Professor P Rout. Their organisation has planted 6 lakh trees. Md Moquim asked their support to replant trees in the city that were damaged by cyclone Fani.

The cleaning work was followed by a cultural programme where students of eco-school Rebadebi Sovaniya Sikhya Shram performed.

Another Contractor Shot Dead By Maoists In Kalahandi