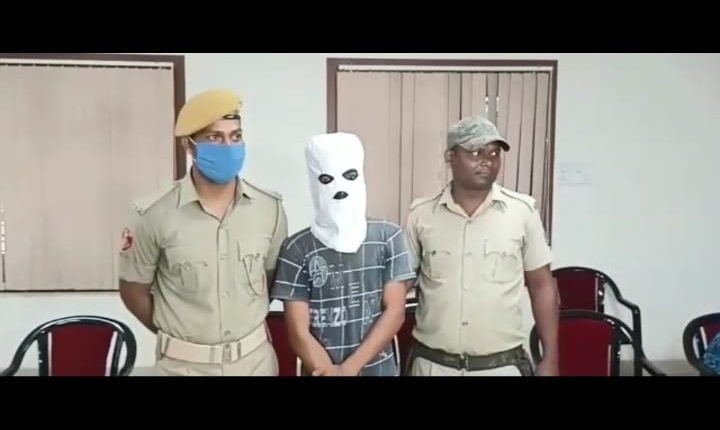 Cuttack: A resident of Nemalo area in Cuttack district was arrested by the Cyber Cell police for allegedly blackmailing girls by stealing their pictures from social media site and sending them back their morphed pictures and videos.

“The accused, Biswajit Bhuiyan, befriended the girls on Instagram and gathered personal information besides their account details,” said Cuttack DCP Prateek Singh. His target were minor girls whom he used to lure to increase their followers, said the DCP.

After befriending them, he used to ask for the account details and on managing to get those, he changed the passwords and hacked it.

Police started a probe into the case after a complaint was filed by a woman who alleged that her daughter’s Instagram account was hacked and the accused morphed the girl’s uploaded pictures to blackmail her.

He managed to get hold of the accounts of around 30 girls, including some of the girl’s friends, but fortunately none of them fell into his trap, said Singh.

IIC, Cyber ​​Police, Chandrika Swain has appealed to students as well as their parents to tread very carefully while using social media platforms and never give out any information to strangers. She said Cyber Police are always there to help and students should not take any wrong steps even if they fall into the trap.