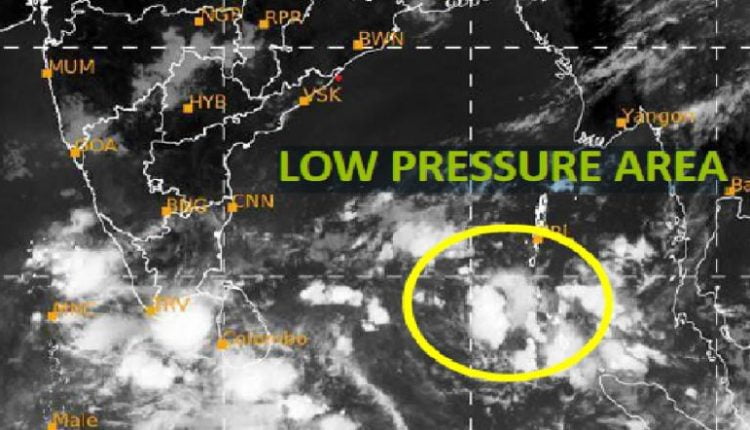 New Delhi: A low pressure system over south-east Bay of Bengal is expected to concentrate into a depression by Friday evening or night and further intensify into a cyclonic storm over south & adjoining central parts of Bay of Bengal by Saturday, the IMD said.

IMD Director General Mrutyunjay Mohapatra warned that the brewing storm which is likely to develop into Cyclone Amphan will trigger heavy rain in Andaman and Nicobar Islands, Odisha and West Bengal.

IMD will share the exact track and impact of the cyclonic storm after it intensifies into a depression on Friday, Mohapatra added.

A day earlier on Thursday, IMD had sent an alert on the brewing storm to the National Disaster Response Force as well as the chief secretaries of eight states and Union Territories.

Heavy rain is expected in some parts of coastal Odisha on Tuesday and in a few places in West Bengal on Wednesday, the alert said.

“Also, fishermen are advised not to venture into the west-central Bay of Bengal off the north Andhra Pradesh coast on May 18 and into the north Bay of Bengal along and off the Odisha-West Bengal coasts from May 18 onwards. Those who are out at sea over these regions are advised to return to coasts by May 17,” it added.

Bapuji Nagar Market In Bhubaneswar Reopens But With A Rider

Over 5 Lakh Masks, 952 PPE Kits Being Smuggled To China Seized By Delhi Customs