Cyclone Gulab Turns Into Shaheen; Know Who Named This Storm 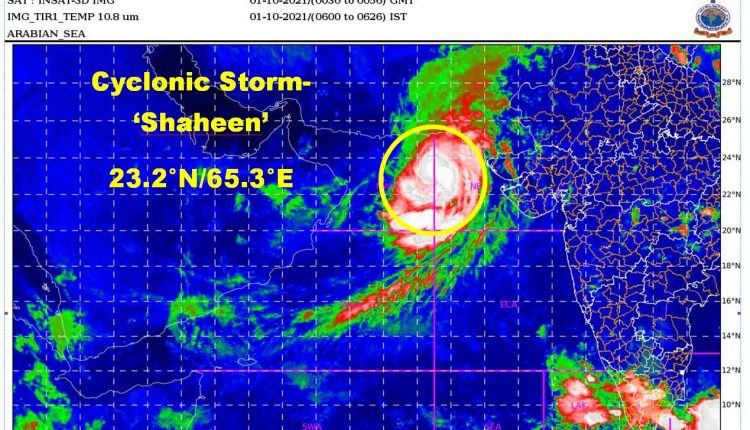 Bhubaneswar: The deep depression over northeast Arabian Sea off Gujarat coast, intensified into cyclonic storm ‘Shaheen’ at 5.30 am on Friday. It is very likely to further intensify into a severe cyclonic storm during the next 24 hours, the Indian Meteorological Department (IMD) tweeted.

The remnant of cyclone Gulab had turned into a depression and moved into the Gulf of Kutch and intensified into a deep depression on Thursday night.

While Gulab was the third tropical cyclone to hit India between Andhra Pradesh-Odisha coasts in 2021 after Tauktae and Yaas, Shaheen is likely to travel as far as the Middle East after traversing Pakistan coast.

This cyclone may not be a direct threat to India, the IMD said.

Shaheen is the second cyclone after Tauktae to develop in the basin of the Arabian Sea this year, though its brewing originated from the intensification of remnants of cyclone Gulab that had formed over the Bay of Bengal.

It may be mentioned here that the name ‘Shaheen’ was given by Qatar, one of the member countries for naming a tropical cyclone in the Indian Ocean. Gulab was proposed by Pakistan.