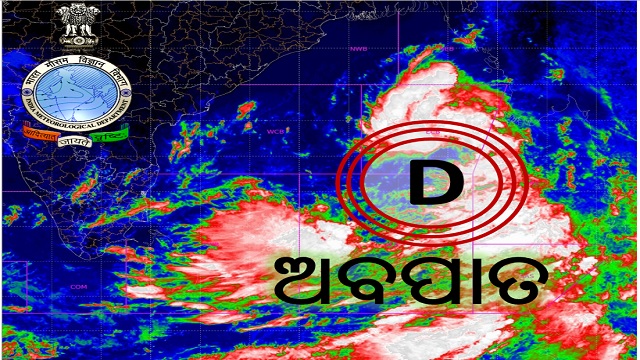 Bhubaneswar: The well-marked low-pressure area over the north Andaman sea and adjoining areas of the south Andaman Sea and Southeast Bay of Bengal has intensified into a depression, the India Meteorological Department (IMD)’s regional centre informed on Saturday.

The system is likely to move northwestwards till the morning of October 23 and recurve north-northeastwards to further concentrate into a cyclone storm ‘Sitrang’, added MeT office.

MeT also added that the system would cross Bangladesh and the adjoining West Bengal coast around October 25 early morning.

It is likely to make landfall as a severe cyclonic storm on October 25 evening.