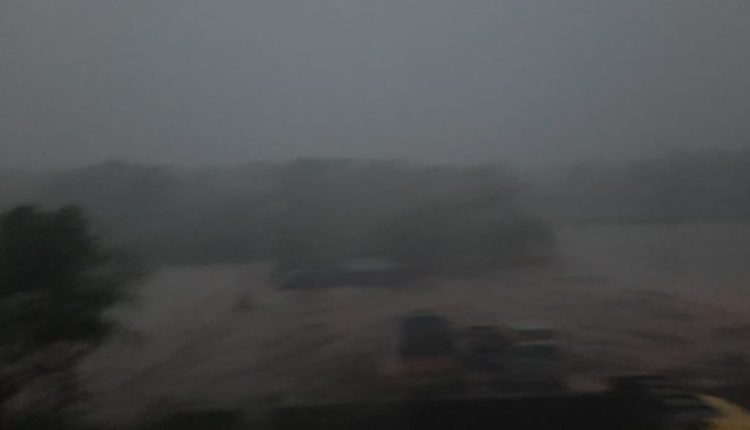 Bhubaneswar: Severe cyclonic storm ‘Yaas’ is very likely to cross north Odisha-West Bengal coasts between Paradip and Sagar Island around Balasore, during noon of May 26 as a very severe cyclonic storm, the India Meteorological Department (IMD) said on Tuesday.

Heavy rainfall is likely at isolated places in Mayurbhanj, Dhenkanal and Ganjam.

Light to moderate rain or thundershower very likely to occur at most places in north Odisha and a few districts of south Odisha.

Light to moderate rain or thundershower very likely to occur at many places in north interior Odisha, a few districts of north coastal Odisha and at one or two places in south Odisha.

Heavy rainfall is very likely to occur at isolated places in Sundargarh, Deogarh and Keonjhar.

Gale winds speed reaching 95-105 kmph gusting to 115 kmph is prevailing over major parts of central Bay of Bengal, it would increase gradually and become 100-110 gusting to 120 kmph.

Squally wind speed reaching 50-60 kmph gusting 70 kmph is prevailing over North Bay of Bengal and along and off Odisha–West Bengal coasts.

Local Warning Signal No. 4 (LW-4) hoisted at Paradip and Dhamra Ports and Local Cautionary Signal No. 3 (LC- 3) at Gopalpur and Puri Ports of Odisha.

>> Some damage to pucca houses.

>> Small boats, country crafts may get detached from moorings.