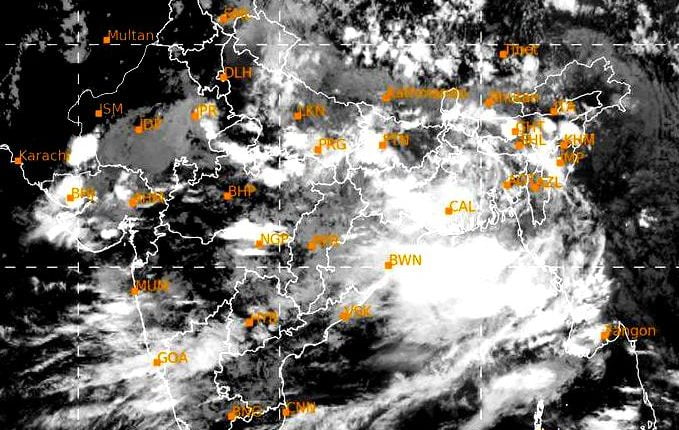 Bhubaneswar: Even as the southwest monsoon remains active in Odisha, the India Meteorological Department has predicted more rainfall in the state under the influence of a cyclonic circulation and a seasonal trough line.

In a bulletin on Saturday, the IMD said a cyclonic circulation lies over south Bangladesh and neighbourhood and a monsoon trough stretches from west Rajasthan to the northeast Bay of Bengal across south Haryana and the centre of the low-pressure area over southeast Uttar Pradesh and neighbourhood, Jharkhand and Gangetic West Bengal. Under their influence, the rainfall activity in Odisha will increase with heavy showers in most parts of Odisha from Saturday.

Although there is no rainfall warning in the state for Sunday (June 20) barring light to moderate rain or thundershowers at a few places in the state, the rainfall will increase in the subsequent 24 hours.

In view of the heavy rainfall, which will continue till June 23, IMD has issued yellow warning for the following districts.

June 20
Heavy rainfall at one or two places over the districts of Mayurbhanj, Keonjhar, Deogarh, Sundargarh, Balasore, Bhadrak, Jajpur, Kendrapada and Jagatsinghpur.

June 22
Heavy rainfall at one or two places over the districts of Sundargarh, Deogarh, Sambalpur, Angul.

The IMD has advised the fishermen not to venture into the deep sea areas of the North Bay of Bengal and adjoining central Bay of Bengal during next 24 hours as due to steep pressure gradient and strong monsoon flow, squally weather with surface wind speed reaching 40-50 kmph gusting to 60 kmph will make the sea condition rough to very rough.