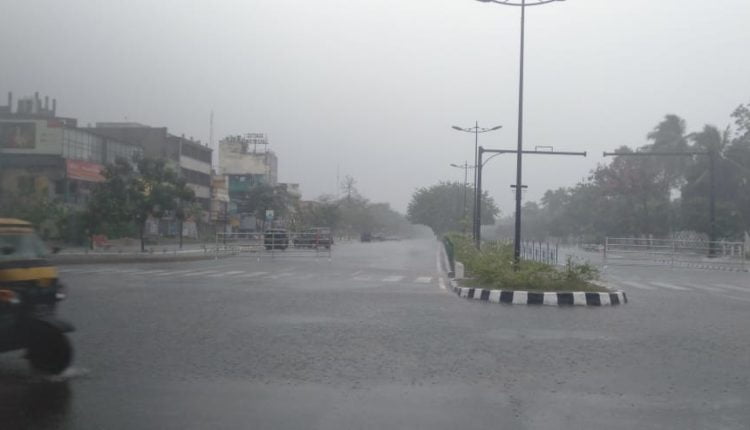 Numerical models have been indicating formation of a low pressure area over the central Bay of Bengal on Saturday which would move north-westwards before intensifying into a cyclonic storm on May 25.

It is likely to move in a north-northwestward direction close to the Odisha coastline towards the Odisha-West Bengal coast, Dr Sarat Chandra Sahu, Director of CEC, said.

The system may cross the coast either in the districts of Bhadrak or Balasore or close to Digha in West Bengal, he said.

As per climatology, most of the cyclones developing over the Bay just before onset of the south-west monsoon have moved towards the West Bengal-Bangladesh coast.

“If favourable meteorological conditions prevail along the coast it will intensify into a severe cyclonic storm. Otherwise, it will cross the coast as a cyclonic storm,” he said.

However, the cyclone’s path, intensity and wind speed can be predicted with accuracy on May 24 because the monsoon current is intertwined with the system, Dr Sahu said adding model products fluctuated from day-to-day.

The cyclonic storm may not be of great intensity due to monsoon current, he said.

The wind speed would vary from 65 to 90 km per hour if it crossed the coast as a cyclone but it would increase to 100 km per hour gusting to 120 km per hour in case it turns into a severe cyclonic storm.

The Odisha coast will experience higher wind speed and heavy to very heavy rainfall was likely in Balasore, Bhadrak, Mayurbhanj, Kendrapada and Jajpur districts from May 25 evening to May 27 morning. The system would then move towards Bihar, he said.

As per the IMD projection, the landfall of the cyclonic storm will be between North Odisha and Sundarbans in West Bengal. It will enter the North Bay of Bengal and reach Odisha and West Bengal coasts in the morning on May 26.

One-Time Favourite Internet Explorer To Be History In June 2022