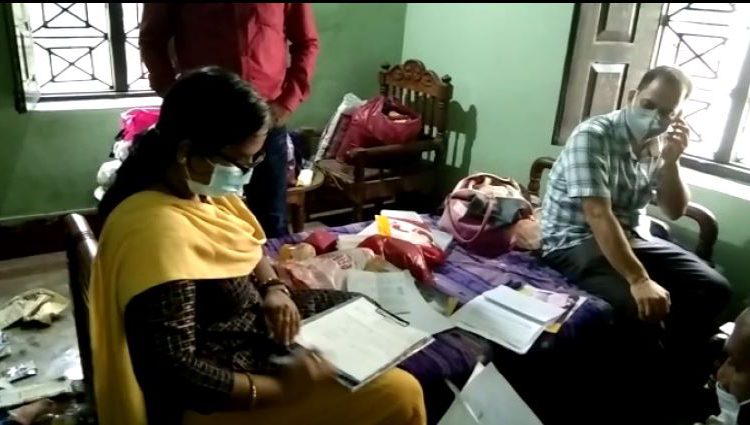 Balangir: The Vigilance sleuths of four divisions raided the house of Ganapati Purohit, a retired superintendent of the Odisha State Warehousing Corporation, at Palace Line in Balangir town on Thursday.

He is accused of massing assets disproportionate to his known sources of income.

Vigilance DSP, Balangir, Sadanand Pani said that the raids are being conducted at four places. The office of Purohit’s wife, who works as a teacher, in a school in the town is also being searched.

The Vigilance officials of Balangir, Sonepur, Bargarh and Sambalpur divisions are jointly conducting the raid, the DSP added.