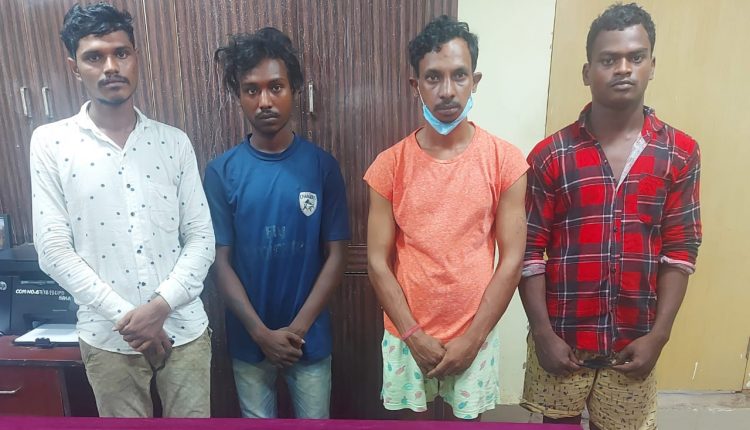 Acting on a tipoff about congregation of a group of persons in a suspicious manner near Satya Nagar over-bridge, a police team led by SI Bibhudutta Routray reached the spot and nabbed four miscreants. Two others managed to escape from the spot taking advantage of the darkness.

Police said they were planning a dacoity in the house of a local businessman when they were arrested.

Police seized a two-wheeler and some sharp-edged weapons from the accused, said the SI.