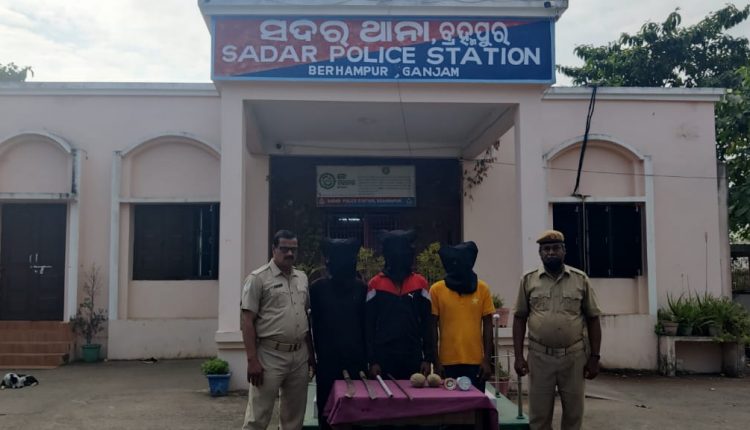 Berhampur: With the arrest of three armed dacoits and seizure of weapons from them, police on Wednesday claimed to have foiled a major dacoity attempt in Odisha’s Berhampur.

The dacoits arrested by Sadar police were identified as Sankar Das (34), Sonu alias Ranjit Sahu (31) and Sai Kiran Gouda (21). They were planning a dacoity on Berhampur-Mahuda Road, police sources said.

A police team while conducting a special operation against criminals and anti-social elements on Berhampur-Lathi Road raided a hideout near Lathi where the gang wad assembled early in the morning.

According to sources, the gang members tried to attack the police team, but three of them were captured. However, 3 to 4 others escaped from the spot and efforts are on to nab them.