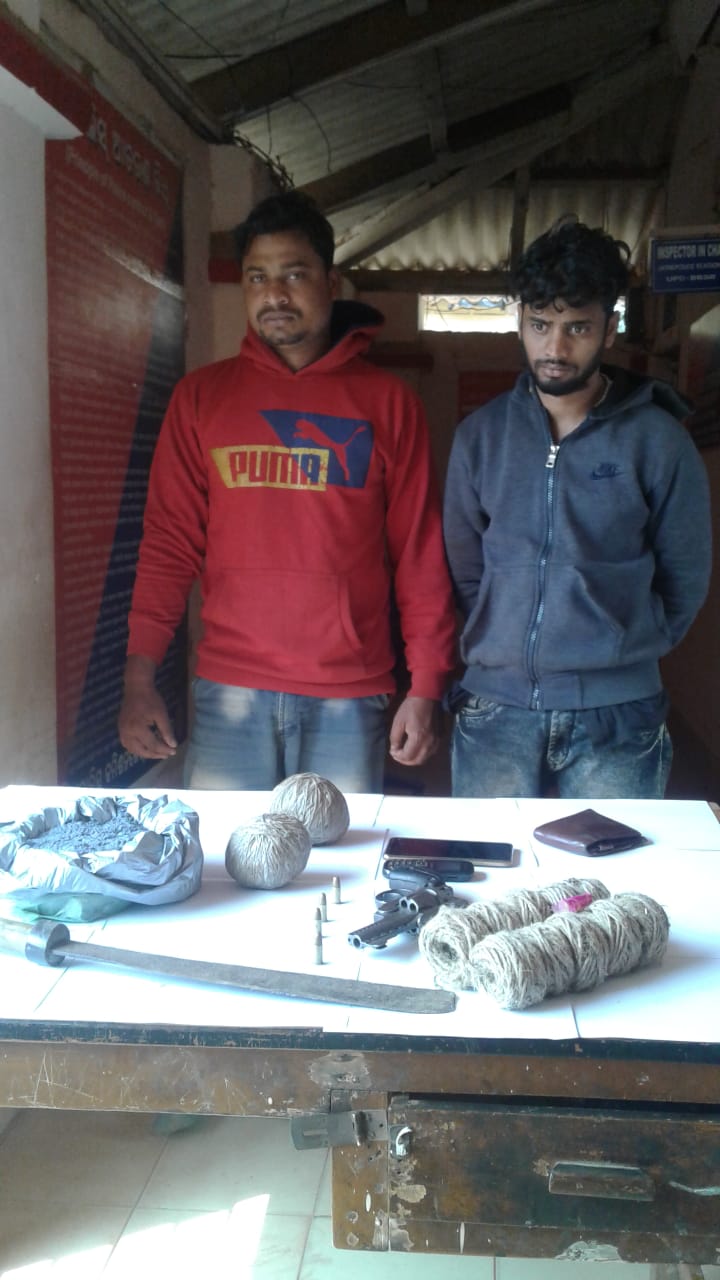 Bhubaneswar: Jatni Police foiled a dacoity attempt with the arrest of two members of a gang while they were plotting at an abandoned house near Gangapada Old Gate late on Saturday.

Those arrested have been identified as Rinku Pradhan of Pitapalli village and Rakesh Kumar Sahoo of Gangapada village under Jatni police limits.

However, three other members of the gang managed to give police the slip.

According to sources, a night patrolling party led by ASI SK Behura conducted raid while the gang was preparing for the dacoity.

A country-made revolver, four rounds of live ammunition, two live hand bombs, as many polythene full of gun powder, jute thread bundles, stone chips and a knife were seized from their possession.

Cutting Of Saplings For PM’s Helipad To Be Probed: DFO