CoronavirusBhubaneswar
By OB Bureau On Apr 30, 2021 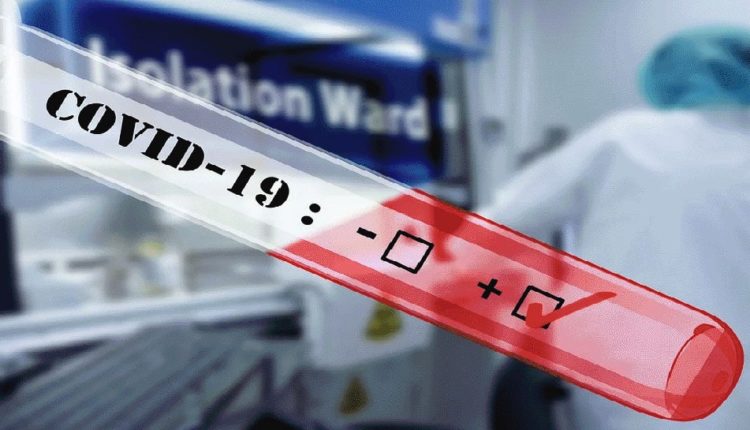 Bhubaneswar: The Capital City witnessed a major spike in daily COVID-19 positive cases on Friday when the number of affected persons crossed 1,000.

According to Bhubaneswar Municipal Corporation (BMC), the city reported 1119 new positive cases on the day compared to 851 cases on Thursday.

Of the new cases, a whopping 944 were local contacts while the rest 175 were from quarantine. The number of recovered patients was 442 on the day. 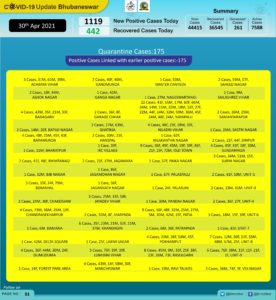 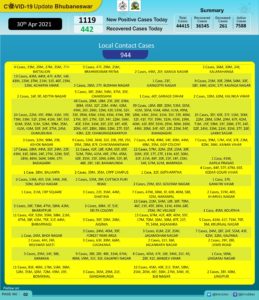 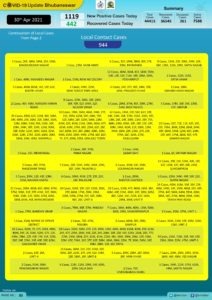 Of the local contacts, maximum 58 positive cases were from Patia, followed by 50 from Old Town, 48 from Chandrasekharpur, 42 from Rasulgarh and 39 each from Nayapalli and Khandagiri.

With the day’s addition, the total positive cases in the city have gone up to 44,415 while there are 7588 active cases. As many as 36,545 patients have recovered from the disease.