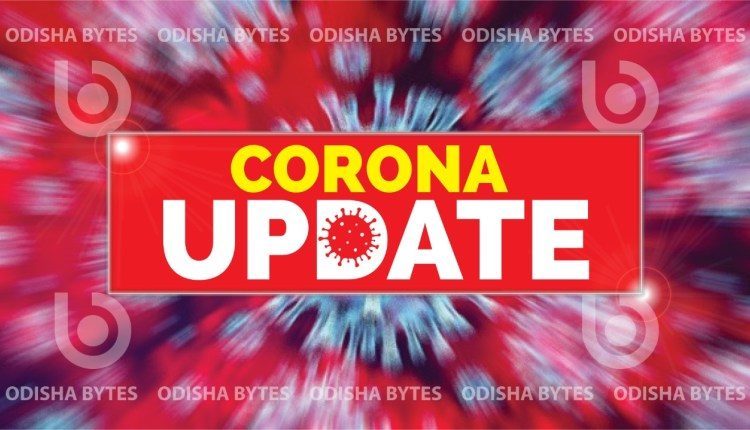 Bhubaneswar: The daily COVID caseload in the capital city went below 200 on Sunday as 176 new patients were registered in the last 24 hours. The daily cases had remained above 200 for the last three days.

According to Bhubaneswar Municipal Corporation (BMC), 47 of the new patients on the day are from quarantine and 129 local contacts.

Of the local contacts, maximum 18 cases were reported from Patia, followed by 10 from Sailashree Vihar and 6 from Chandrasekharpur. 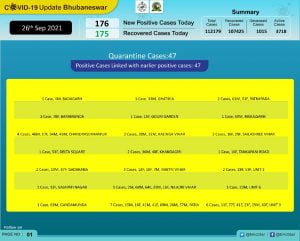 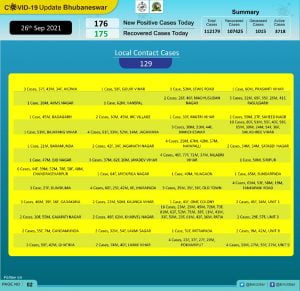 The city also saw 175 patients recovering from the virus during the period while the number of deceased due to COVID went up to 1,015 with one more patient succumbing to the disease during the period.
The active cases have gone up to 3,718 while total 1,12,179 people have been infected by the virus so far.

The city had reported 218 cases on Saturday, 207 on Friday and 218 on Thursday. The daily infections had remained below 200 for three days during the week as 186 cases were reported on Wednesday, 138 on Tuesday and 147 on Monday.