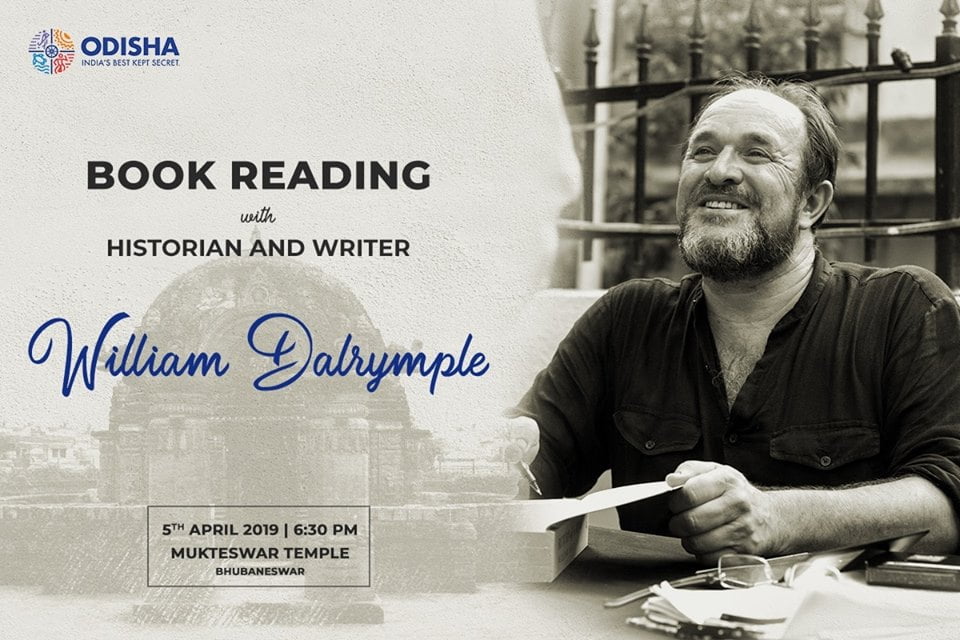 Bhubaneswar: The book reading session with acclaimed writer and historian William Dalrymple being hosted by Odisha Tourism has been dragged into controversy. A complaint was lodged at Old Town police station here opposing the venue of the event.

The event was earlier planned at the historic Mukteshwar Temple on April 5. Later, it was shifted due to logistical problems, said Commissioner-cum-Secretary, Odisha Tourism, Vishal Dev.

In his complaint, Anil Dhir, a researcher, said Mukteshwar is a living temple with ritualistic worship being conducted every day. It will hurt the sentiments of the Hindus if the temple is used for an event to promote and publicize his latest book “Nine Lives”. He describing it as a purely private affair with commercial interests.

Dhir further alleged that allowing this event on the premises of a protected monument was illegal. “Besides flouting the rules of the ASI and National laws, it is a gross violation of The Orissa Ancient Monuments Preservation Act 1956. Section 16 of the Act provides for penalty for imperiling and putting to risk any monument of the State,” he said.

He further alleged that ASI had refused permission for the event but the government went ahead with it.

Devout Hindus would peacefully protest against this event, he added.

Dev said he was not aware of any violation of law. “The complaint is unfortunate. Having William Dalrymple in our midst is an honour for our city and state. We are scouting for a different venue for the event,” he added.

Speaking to Odisha Bytes, DCP (Bhubaneswar) Anup Sahu said that they have received the complaint. “We are looking into the issue and will take up the matter with the authorities concerned,” he said.