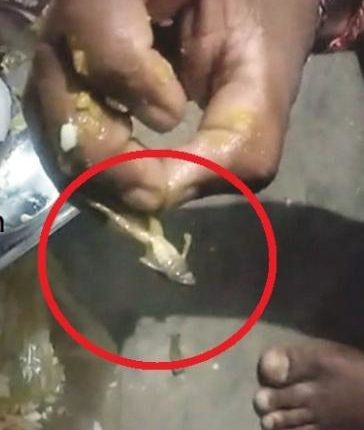 Kendrapara: Tension ran high at a temporary medical camp (TMC) in Kendrapara district after a dead frog was found in the meal cooked for inmates.

The incident was reported from the TMC at Badiha in Mahakalpada block on Saturday night. All the inmates were forced to go hungry following the incident.

According to reports, the dead frog was found floating in the dal moments before the inmates were to be served their dinner.

The infuriated inmates demanded action against such the TMC authorities.

When contacted, Badiha Sarpanch Biswajit Sethi claimed that immediately after the issue came to his notice, he had contacted the executive officer but he cut off the phone.

Kendrapara District Collector Samarth Verma said he was apprised of the matter and action will be taken after an investigation.

Are You Sad Or Depressed? What Is The Difference? Read Here