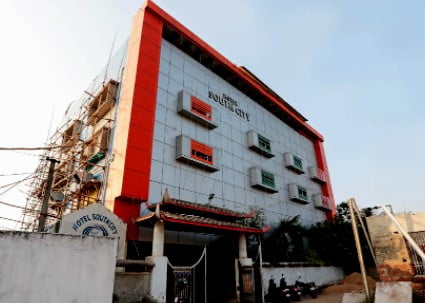 Bhubaneswar: Three days after the death of senior journalist Navin Das’ son Manish Anurag under mysterious circumstances, police have made little progress in the case.

The post-mortem report cites the cause of Manish death as asphyxiation which is no breakthrough as he had drowned in a pond. Except questioning three suspects including two youths who have surrendered, police continues to grope in darkness regarding several critical angles in the case which may lead to solve the case.

Here are some questions that are yet to be answered regarding the case.

Why Was South City Hotel and Bar Open Till Late In Night?

According to police sources, Manish was in the South City Hotel and Bar at Patrapada along with the two youths, who have surrendered, till late night of October 9. As per rules, all bars in the city are closed at 10.30 pm.

Why this bar was allowed to remain open after the closing time? While the Commissionerate Police is carrying out raids on the bars and hotels, how it could not know about this bar remaining open after closing time? Or, was it aware of its late night operations and ignored it? If yes, why? Who is the owner of the bar and hotel? Was he hands in glove with the police?

It is alleged that Manish was beaten up inside the bar. Have police checked the CCTV footage from the bar? If yes, have they identified the miscreants and what steps have been taken to apprehend them?

Was CCTV Camera Installed In The Bar?

While the police have remained tight-lipped about CCTV footage in the bar, it is alleged that the place did not have CCTV camera which is mandatory as per the rules.

How the bar was allowed to run without the mandatory provision? Is it possible that the camera was removed from the place after the death of Manish?

Why No Injury Marks On The Body Of Manish?

Though it is alleged that Manish was beaten up in the bar, neither police nor post-mortem report says anything about injury marks. It is obvious that the injury marks vanished overnight.

If Manish did not die due to the beating, the cause of death can be suicide which remains far-fetched considering the circumstances and claims of his father and friends about the nature of the young man.

What Was Manish Doing At The Pond?

The most critical question is what was Manish doing at the pond in Patrapada so far away from his house at Patia. From the preliminary investigation, it has come to light that Manish had gone to the pond with his friends on October 9 night. He was highly intoxicated and slipped into the pond but could not come out.

But what is so special about the pond that he went there at dead of night in a highly intoxicated condition? It is common knowledge that intoxicated persons get easily drowned in water bodies as small as bath tubs. Was Manish so stupid not to know it?

Why His Friends Did Not Rescue Him?

Police have seized the four-wheeler in which Manish had travelled from Patia to Patrapada and claimed that the two surrendered persons had accompanied him there.

If these persons were his friends, why they did not rescue Manish after he slipped into the pond? If they could not help themselves, they could have called people from nearby areas. Otherwise, they could have informed his family and other friends. The question is had they accompanied Manish to the pond?

Sources said Manish reached near Namrakani pond at Patrapada under Tamando police limits riding pillion with another youth, who then left the spot. Police suspect the 30-year-old again met the two youths who were with him in the hotel, near the pond.