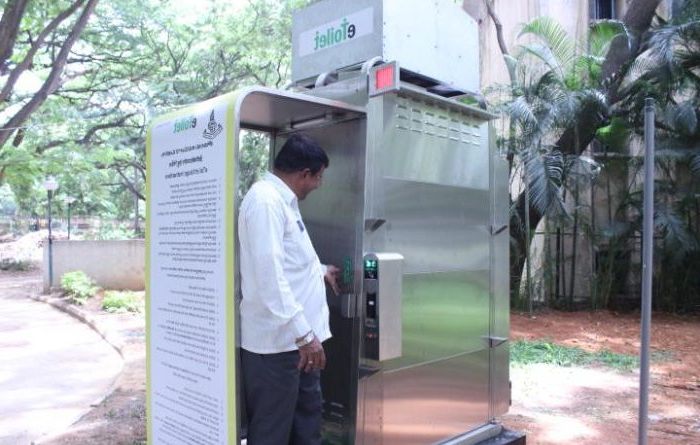 Bhubaneswar was the only Indian city to have found a place among the world’s top 20 Smart City List 2017. The Odisha capital had topped the list of Indian Smart Cities Challenge in 2016. According to World Bank Group’s Doing Business 2018, Bhubaneswar ranked third In India in Ease Of Doing Business.

The same Bhubaneswar was placed a lowly 144th out of 4320 Indian cities in terms of cleanliness in the Swachh Survekshan survey 2021 released by government of India recently.

For a city that is historically known for its cleanliness culture, temples, gardens, water bodies and beautiful weather, why is Bhubaneswar’s performance dipping despite developing infrastructure and having advisers, agencies etc?

To understand Bhubaneswar’s poor performance, it is important to understand the process of Swachh Survekshan.

Swachh Survekshan was conceptualised to see how cities were performing under the Swachh Bharat Mission. The rankings were driven by efforts such as source segregation and achieving ODF (open defecation free) status. Rankings are not based solely on solid waste management. It takes several other factors into consideration like sanitation, citizen feedback on cleanliness of public places, direct observation of a variety of indicators. Therefore, to secure a high rank, a city like Bhubaneswar has to perform well on all fronts.

Bhubaneswar has become a victim of its own success with unplanned growth that has left the city sunk in a pile of rubbish with tons of uncleared garbage, inadequate public and civic infrastructure and clogged drainage systems.

The common argument tilts towards the sheer size of the city, population and density that is stretching already inadequate neighbourhood infrastructure, making it harder to keep the city clean compared to its smaller and less-developed counterparts.

So how did the other cities fare in comparison to Bhubaneswar?

Around 200 kilometres from Bhubaneswar lies the much smaller city of Berhampur, which has been ranked 56th, after being 63rd and 216th at the national level in 2020 and 2019, respectively.

Interestingly, people living in the central part of Bhubaneswar are not ready to accept that their city is at No. 144 and believe that it’s better than Indore, which has been declared India’s cleanest city for the fifth successive year, and second-ranked Surat. But there are others from another part of Bhubaneswar who are surprised that the city is within top 200!

Even though promotional videos and pictures of Odisha Junior Men’s Hockey World Cup look impressive online, ground realities are quite the opposite for a city literally drowning in its own filth. Perhaps this is the result of excessive event-based approach to city management.

Those living in Bhubaneswar overshoot garbage generation every tenth day. That means garbage has become Bhubaneswar’s nemesis, with both civic authorities and citizens failing the city for decades now. Based on a research, Bhubaneswar generates around 600 metric tonne of waste per day. Less than 15% of the waste is collected with segregation and process, against the national average of 46.03%. The methodology of Swachh Survekshan is designed in such a manner that a city has to perform at least 80% of segregation to perform well in the survey.

At present, the city has eight micro-composting sites where organic manure is being produced. The civic body plans to set up 43 MCCs in phases, leaving a significant chunk uncollected or sent to landfills in the city’s outskirts. Protests by villagers around such landfills leave thousands of tons of garbage lying uncollected for days.

While the number of community and public toilets under Municipal Jurisdiction of Bhubaneswar was 1,678 in 2019. But study shows these toilets are least preferred by denizens and are far less in number compared to the city’s demand.

It was interesting to find that 87% of people felt that there weren’t enough toilets in and around the city. Moreover, on a scale of 1 to 10 (where 1 being the worst), most of them gave a rating of 4 to the city toilets.

There is a need to create a demand-driven waste management system. The civic body will then be pressurized to deliver. But in case of Bhubaneswar, this participation is completely blank, as a result the performance is not eye-catching. If there is convergence of thought processes between the civic authorities, mayors and elected heads, cities tend to do well.

Waste management is a dynamic subject, and Bhubaneswar must co-create systems and maintain it in a sustained manner. Since waste management is directly related to the public, the processes and practices must be people-centric. Similarly, public consultation remains the core of creating a robust waste management system. Only that can trigger critical ‘behaviour change’.

The poor performance of Bhubaneswar is also due to the absence of political and bureaucratic will, and coordination in the city, unlike what is observed in top-performing cities. While Bhubaneswar has active citizen groups working on civic issues, they are being sidelined.