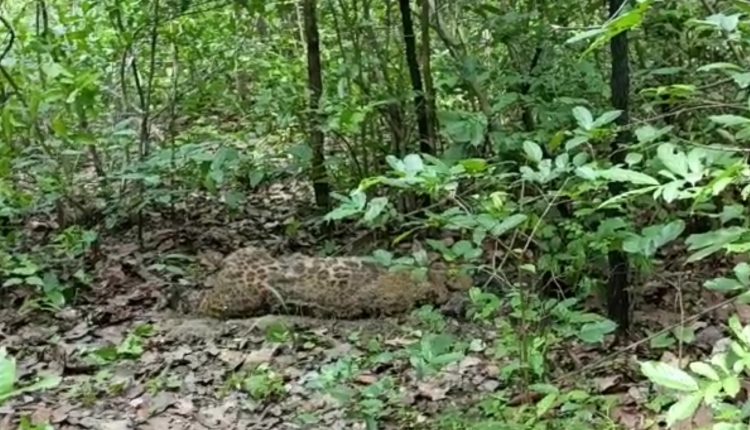 Sonepur: The decomposed body of a leopard, suspected to have been killed by poachers, was found in a forest in Odisha’s Subarnapur district on Tuesday.

The villagers Baghapalli under Ulunda range in the district detected a strong foul smell in a nearby forest where they had gone for grazing goats in the morning. Moving around the forest to trace the source of the smell, they spotted the carcass of the leopard. On closer inspection, they found that its body had been decomposed.

On being informed by the villagers, a team from Ulunda forest range went to the spot and started investigation.

He further said they would investigate into the matter and take necessary steps after getting the post-mortem report of the dead leopard.