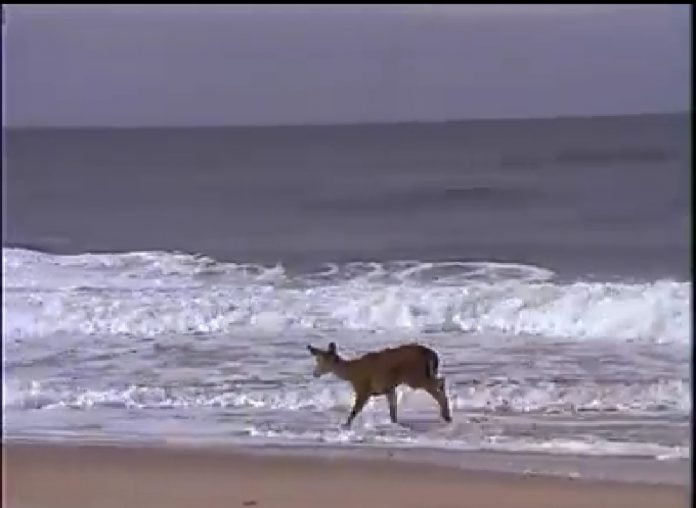 Bhubaneswar: A video clip of a deer running and leaping through the waves, claiming to have been shot at  Chandrabhaga beach in Odisha’s Puri district during the nationwide lockdown, has been found to be false.

“Chandrabhaga, Puri-Konark marine drive. See how freely these beautiful creatures of nature are enjoying the human lock-in period. Don’t you think it’s time to introspect? We r only an instrument, not having any power of ourselves in the hand of Almighty Every1 has their share of life,” said a Twitter user who wrote and shared the video on April 3.

However, a search on the internet has revealed that this video clip was captured by a French filmmaker Anthony Martin during the shooting of a wildlife film in the south-west of France in 2015. The French filmmaker had posted the video on Facebook.