Demand For Bringing Back Kohinoor For Lord Jagannath In Odisha Intensifies 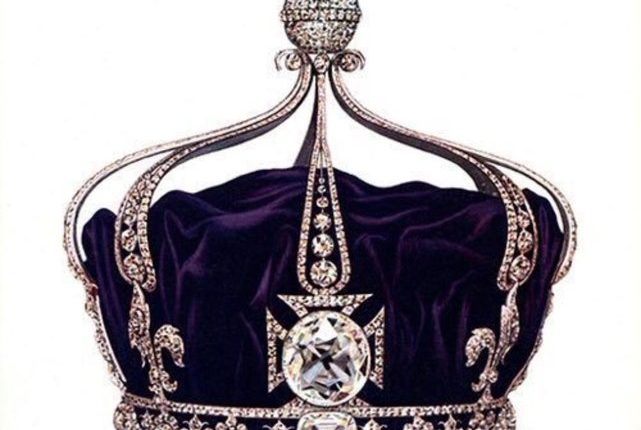 Bhubaneswar: The demand for bringing back Kohinoor to India gained momentum on Monday with an organisation from Odisha petitioning President Droupadi Murmu seeking steps by the central government to ensure return of the world’s most popular diamond to Lord Jagannath.

Senior BJP leader and Puri MLA Jayant Sarangi also supported the demand to reclaim Kohinoor from England and said that necessary steps should be taken in this direction. “A proposal will be put forth in the state Assembly during its next session. I will request the Odisha government to hold a discussion with the Centre in this regard,” he said.

Researchers, historians and servitors of Shree Jagannath Temple also sought necessary steps to bring back the diamond. “Both Centre and Odisha government should make sincere efforts to reclaim Kohinoor from Britain,” said Madhab Mohapatra, member of Shree Jagannath Temple Managing Committee. He said he will also raise this important issue in the managing committee meeting.

Voicing similar views, noted researcher Surya Narayan Rathasharma said the Odisha Government should take up the matter with the Centre for appropriate steps.  Stating that King Charles III had visited Odisha and learnt a lot about its cultural heritage, Rathasharma said he should respond to the sentiments of the people of the state.

In a significant development, a delegation of Jagannath Sena submitted a memorandum to the President at Rashtrapati Bhavan in New Delhi seeking her intervention in bringing back the gem from England and placing it on the crown of Lord Jagannath in Puri.

Jagannath Sena Convenor Priyadarshan Pattnaik said they have urged the President in the memorandum to take up the matter with Prime Minister Narendra Modi and request him to initiate necessary steps for return of Kohinoor to India as Lord Jagannath is the rightful owner of the famed jewel.

He said Kalijuga Harekrushna Pratihari has the letter of intent or ‘will’ which Maharaja Ranjit Singh of Punjab had given while praying to the Lord for restoring his eyesight. Ranjit Singh had donated the Kohinoor diamond to Lord Jagannath, the Sena memorandum said.

“It has come to light when we obtained the ‘last will’ of Maharaja Ranjit Singh from the state archives of Odisha. So, kindly convey it to our Prime Minister Modiji to take steps to bring it (Kohinoor) back,” it said.

Pattnaik further said that the outfit, which had earlier written to British Queen Elizabeth II, will move the International Court of Justice (ICJ), if necessary, as part of its efforts to bring back Kohinoor.

“The Queen had said that the rare diamond is under the British government’s authority and asked us directly contact the British government over the dispute,” he said, adding, that they, however, were then denied a visa to travel to England since they did not have enough money in their account.

One of the world’s most popular gems, the Kohinoor was reportedly found in India in the 14th century during coal mining in the Kollur mine at Guntur in Andhra Pradesh during the reign of the Kaaktiya Dynasty.

Pattnaik said the famed diamond reached Queen Victoria after the annexation of Punjab in 1849, when it was taken from the 10-year-old prince of Punjab, Duleep Singh, by Lord Dalhousie in keeping with the Treaty of Lahore.

According to a letter preserved in the National Archives in New Delhi, Maharaja Ranjit Singh, who ruled large parts of northern India in the late 18th and early 19th centuries, had wished to offer the Kohinoor to Lord Jagannath.

This last wish of the Maharaja has been elaborated in the fifth chapter ‘Ranjit Singh: The Kohinoor in Lahore’ of the book, ‘Kohinoor: The story of the world’s most infamous diamond’, authored by William Dalrymple and Anita Anand.

Researcher Anil Dhir also said that there is ample documentary proof that Maharaja Ranjit Singh had donated the diamond to the Jagannath temple before his death in 1839. “Just ten years after Ranjit Singh’s death, the British took away the diamond from his son, Duleep Singh, in 1849, even though they were fully aware of it being bequeathed to Lord Jagannath at Puri,” he added.

Drive Against Drink-Driving In Odisha: 599 People Caught Over Three Days