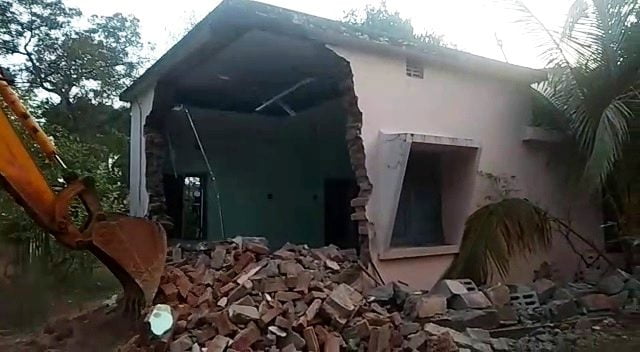 Bhubaneswar: With several legislators yet to vacate their allotted quarters, the demolition drive near Odisha Assembly has been put on hold indefinitely.

The process, which began on Wednesday, was abandoned midway after a few quarters were razed to the ground.

Speaker Surjya Narayan Patro on Tuesday had given the go ahead for the demolition of 42 MLA quarters to pave way for a multi-storey building with garden, gymnasium, rest house, parking lot and other modern amenities. While 24 MLAs had vacated their quarters, notices were served on the remaining legislators, he had added.

Sources, however, said that 23 MLAs are yet to vacate quarters allotted to them at the MLA Colony.

Over Rs 400 crore will be spent on developing the vertical structure by demolishing a portion of the present MLA quarters to accommodate 140 members of the Odisha Legislative Assembly. It will have modern facilities like community hall, kalyan mandap, multi-gym, space for morning walk and commercial establishments. The flats will be of type-VII category, official sources added.

Alarming Rise In Gangs Smuggling Pangolins Out Of Odisha