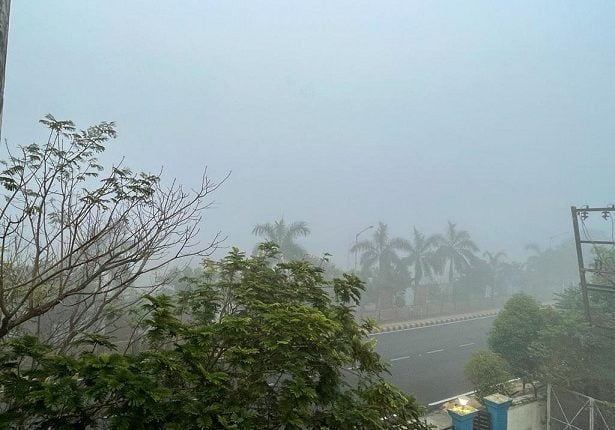 IndiGo flight 2178 from Delhi to Bhubaneswar diverted to Raipur due to low visibility at Bhubaneswar airport, ANI tweeted.

The regional meteorological centre here said the visibility dropped to or below 100 metres at several places and advised motorists to avoid driving unless necessary and take all safety precautions if driving.

The visibility dropped to 100 metres in the airport area, it said.

The regional meteorological centre tweeted pictures of dense fog on Jaydev Vihar flyover, near Utkal Hospital, Niladri Vihar and Patia, among several places, where motorists were seen driving with headlights on.