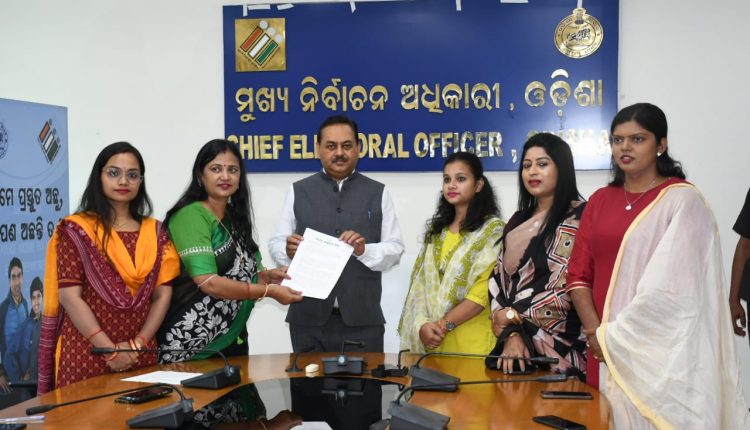 Bhubaneswar: Even as campaigning for the Padampur bypoll is nearing to a close, the Biju Janata Dal (BJD) on Saturday moved the Chief Electoral Officer, Odisha, SK Lohani over “offensive, derogatory, denigrating and misogynist statements” made against its party nominee Barsha Singh Bariha.

“Jual Oram made casteist and misogynist statements against Barsha before the press and media. A young woman of his own party had filed a complaint with the police against Jual for allegedly misbehaving with her. Mishra, who also made abusive, sexist and
offensive statements, was arrested and jailed on murder charges and is out on bail,” the BJP said in the memorandum.

During a rally in Odisha’s Padampur, the former Union Minister made a disparaging comment against Barsha. He said: “Jiye Jaatir Nuhe, Siye Party r nuhe ( one who ditched her caste can’t claim allegiance to a party)”. For the unversed, Barsha is a Binjhal tribal of western Odisha by birth and married to a higher caste man from Puri of coastal Odisha.

It has also submitted evidence of these statements in a pen drive.