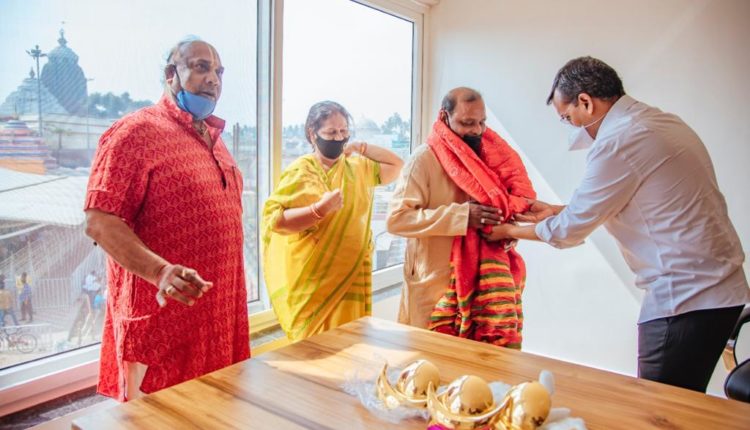 Puri: A devotee donated gold ornaments weighing over 300 gm to the deities of Jagannath Temple in the Pilgrim Town on Sunday.

According to temple sources, Padma Charan Patra along with his family donated three pairs of ornaments in the shape of Sun and Moon to the officials of Shree Jagannath Temple administration in the presence of chief administrator Krishan Kumar.

The ornaments, which have been made from 319 gm of gold and 822 gm of silver, will be used to adorn the three deities in rituals in future, the sources said.

On January 3, a devotee donated 21 kg of silver to the deities of Jagannath Temple. In November last year, an anonymous devotee had approached the chief administrator to donate gold ornaments weighing around 400 gm.