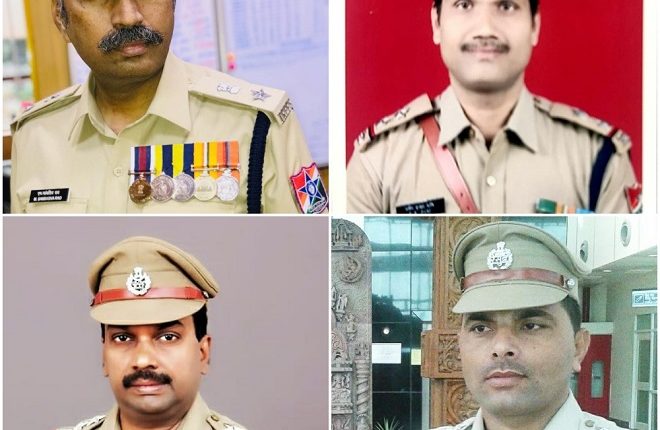 The three others are Inspectors Shamlal Sahadevan and Anil Kumar Singh and Sub-Inspector Pramod Kumar Pani.

Rao was recognised for making strategic plans and monitoring works, reducing number of pending trials, crowd management and action against illegal travelling and upliftment of barracks. He is a strategic Planner in mega bandobast events.

Sahadevan won the insignia for his relentless and dedicated efforts in streamlining and optimising the operational efficiencies and major contributions towards uplifting internal vigilance system.

Singh has contributed to detecting big rackets related to e-ticketing, recovering cannabis, rescuing luggage left behind and arresting children traffickers besides arresting fake recruitment rackets. He also played a vital role in restoration of Puri railway station which was affected by cyclone Fani.

Pani has made immense contribution in handling recruitment drive and other important security related works.

DG Insignia is the highest award from DG/RPF of Railway Board. Usually it is awarded once in a lifetime, barring exceptional achievements, when it is awarded again.

COVID-19: Call Us, Do Not Visit Railway Offices,…