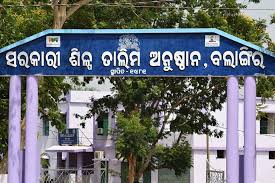 Bhubaneswar: Even as 7 Industrial Training Institutes (ITIs), run by Odisha government, have found place in top-100 list of the country, the Director General Of Training (DGT), New Delhi has issued show cause notice to 12 ITIs for poor performance.

The DGT had made an assessment of the ITIs across the country and evaluated their performance on the basis of a point table recently. The state government-run ITIs at Rasanpur, Barkote, Kotapada, Naygarh, Gajbahal, Sonepur, Balangir, Gumma, Chandrragiri, Potangi, Seragad and Khariar Road in Odisha scored less than 2 points out of five, according to an official release.

As these ITIs scored less than the qualifying marks, the DGT has issued show cause notice to the institutes.

In August 2020, the Union Ministry of Skill Development and Entrepreneurship had issued a list of 100 best performing ITIs in the country. The list included 11 ITIs from Odisha including 7 state government-run institutes and 4 private following an evaluation.

The ministry had evaluated as many as 10,675 ITIs across the country on different prameters to ascertain their performance.