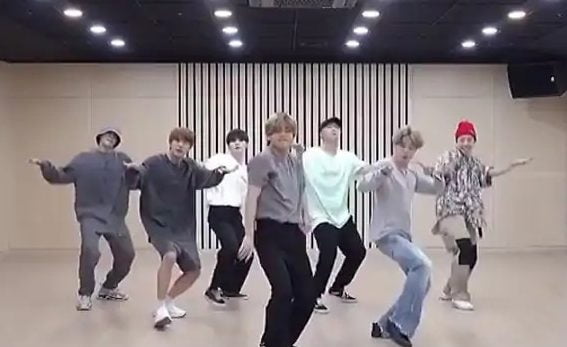 Bhubaneswar: There has been a steady rise in ‘mashups’ on social media platforms. These are basically the coming together of two different videos and music in the form of an originally-composed content.

Not just Hollywood and Bollywood, videos with K-pop bands ‘BTS’ and ‘Blackpink’ featuring in them are being put to viral songs from both Bollywood and that of the south. And these have become quite a rage on the internet.

The latest on it is a video on Instagram in which members of the beloved boy band- BTS can be seen grooving to a remixed version of ‘Chadti Jawani’ – a song from the 1971 film Caravan. The mashup was shared by Instagram account ‘@qualiteaposts’ a day ago and has since garnered over 90,000 views and more than 800 amusing comments.

In the mashup video, the seven members of the South Korean boy band are seen shaking a leg to ‘Chadti Jawani’. The original clip is actually from the group’s dance practice to ‘Dynamite’. For the mashup, it has been perfectly synced to the beats of ‘Chadti Jawani,’ making it appear as if they are actually dancing to the Hindi song.

Netizens just cannot get enough of these mashups. They are wanting more of it!

Earlier, BTS’ video on ‘Chunari Chunari’ had stunned netizens for how perfectly it was gelled together. Then, a mashup video had band ‘Blackpink’ and the song ‘Pardesiya.’

Monsoon Session Of Odisha Assembly To Function In Line With Parliament: Speaker