Did Sara Ali Khan Break Up With Sushant Due To Pressure From Bollywood Mafia? 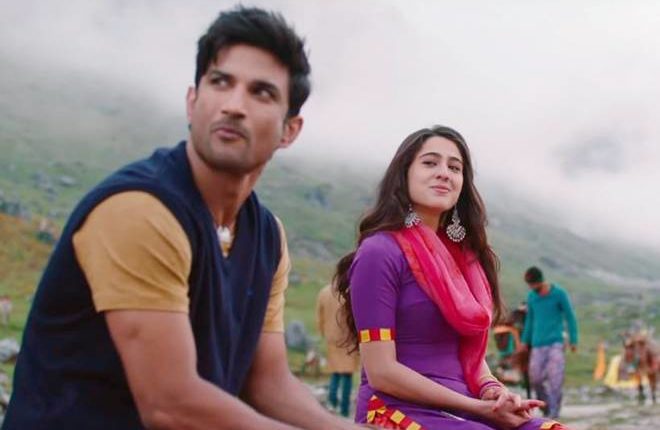 Mumbai: Star kid Sara Ali Khan made her Bollywood debut opposite Sushant Singh Rajput in ‘Kedarnath’ and the duo had reportedly fallen in love with each other then.

Unravelling the details of their love story, Sushant’s friend Samuel Haokip shared a post on his Instagram handle and stated that the duo was inseparable during the promotions of ‘Kedarnath’.

However, Sara broke up with him after ‘Sonchiriya’ turned out to be a dud at the box-office.

Samuel suspects that the Bollywood mafia might have forced Sara to part ways with Sushant.

“I remember the time during Kedarnath promotions… Sushant and Sara were totally in love…they were inseparable…so pure and childlike innocence. They both had tremendous respect for each other which was so rare to see nowadays in relationships,” wrote Samuel in his post.

“Sara along with Sushant had genuine respect for everyone in Sushant’s family…be it family, friends and even staff. I wonder whether Sara’s decision to break up with Sushant right after Sonchiriya’s box office performance was due to any pressure by the Bollywood mafia,” he added.

We accept the love we think we deserve -Stephen Chbosky

During an interview, Kareena said that she had asked Sara not to date her first co-star.

After Sushant Singh Rajput’s tragic demise, Sara took to her Instagram handle to share a picture from the sets of ‘Kedarnath’ in the memory of the actor.

When Sushant’s last film ‘Dil Bechara’ released on July 24, the actress shared a photo of Sushant with Saif and posted, “The only two gentlemen that have spoken to me about Sartre, Van Gogh, telescopes and constellations, guitars, The Northern Lights, cricket, Pink Floyd, Nusrat Saab and acting techniques. This is to the last thing you two have in common- #DilBechara.”

One From Bengal Among 101 New COVID-19 Cases In Odisha’s Sundargarh, 25 More Infected In Rourkela