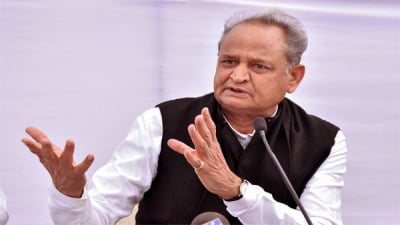 Bhubaneswar: Even as the buzz is making rounds in Delhi political circles that Congress president Sonia
Gandhi has offered Rajasthan chief minister Ashok Gehlot to lead the party, the latter has feigned ignorance about it.

The reports about Sonia’s offer gained currency after Gehlot held a meeting with the former in New Delhi on Tuesday. Sonia had reportedly told Gehlot to hold the post at least in her absence. Sonia along with her children Rahul Gandhi and Priyanka Gandhi is going abroad for health check-up on Wednesday. But, Gehlot did not reveal the details of the meeting to the media at the time.

The meeting followed Gehlot’s remarks on Monday that all senior leaders and active members of the party wanted Rahul Gandhi to be the Congress president, if Sonia Gandhi steps down. “If Rahul Gandhi is not made the party chief, it will lead to disappointment among the Congress workers in the country. Many people will sit at home and we will suffer. He (Rahul) should understand the sentiments of the common Congress workers across the country and he himself should accept this post,” The Indian Express quited Gehlot as saying.

Earlier, Rahul had stuck to his ground and refused to hold the reins of the party. With Rahul remaining unmoved, a section of senior Congress leaders believe that the “ideal scenario” would be for Sonia to continue leading the party till the Lok Sabha elections in 2024. But Rahul holds that no one from the family should head the party and suitable leader from outside the family should be appointed its president.

However, in his reaction to reports of Sonia’s offer of the top position in the party, Rajasthan chief minister on Wednesday said he had no information about the news and was hearing it from the media. “I don’t know about this. I’m fulfilling duties that have been assigned to me,” he was quoted as saying by news agency ANI.

Students Locked Up Over Fee Payment: Showcause Notice To Pvt School In Bhubaneswar