New Delhi: The Reserve Bank of India (RBI) will launch the first pilot of the Central Bank Digital Currency, Digital Rupee (Wholesale segment), on November 1 for transactions in government securities.

Earlier this month, RBI had said it will soon commence pilot launches of Digital Rupee for specific use cases. On Monday, RBI announced the date and specified that the use case for the pilot is the settlement of secondary market transactions in government securities.

RBI Chief General Manager Yash Dayal also informed that the first pilot of the Digital Rupee (Retail segment) will be launched within a month in select locations in closed user groups comprising customers and merchants. 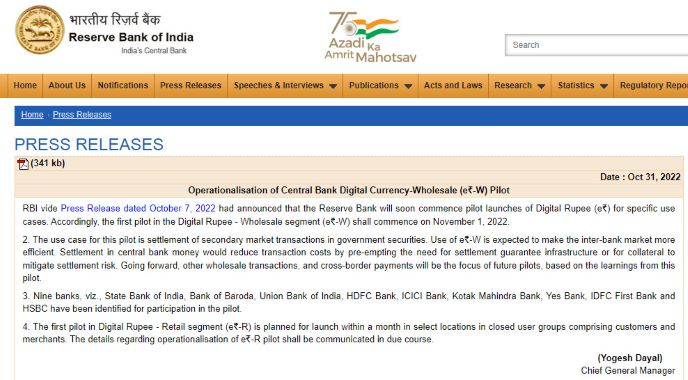