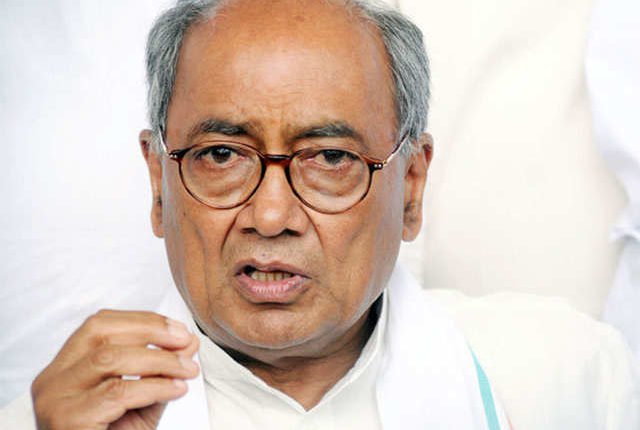 New Delhi: Veteran Congress leader Digvijaya Singh on Thursday confirmed his entry to the race for party chief post days after Rajasthan witnessed a high-voltage drama over the candidature of chief minister Ashok Gehlot. Speaking to reporters at the AICC headquarters in Delhi, Singh said he was there to collect the nomination papers. He added that he will likely file the nomination on Friday.

Singh also claimed that the decision to contest Congress presidential elections was his solely and he didn’t speak to the Gandhi family on this subject. Asked whether his entry will make the contest tri-cornered, the former Madhya Pradesh chief minister, told reporters to wait till the date of withdrawal, October 8, Hindustan Times reported.

“Today I have come here to collect the nomination form and will possibly file it tomorrow,” Singh said.

The only other person who has declared his intention to contest so far is Lok Sabha member Shashi Tharoor, who is set to file his nomination papers on Friday.

The filing of nominations for the top Congress post will take place till September 30 and the election, if needed, will take place on October 17.
Share FacebookTwitterGoogle+ReddItWhatsAppPinterestEmail